ExclusivelY on the Z270X-Gaming 9 and Z270X-Gaming 8 GIGABYTE has included integrated liquid cooling blocks. These water blocks, G-Chill and G-Frost from Bitspower and EK Waterblocks, respectively, can support both passive and active cooling. These AORUS Gaming Motherboards are ready for gamers to push the limits in performance especially with overclocking.

Starting from Z270X-GAMING 9, AORUS and EK Water Blocks have joined forces to create an extreme hybrid water block, with G1/4" threaded fittings, to help enhance cooling of the CPU VRMs for increased stability and performance. 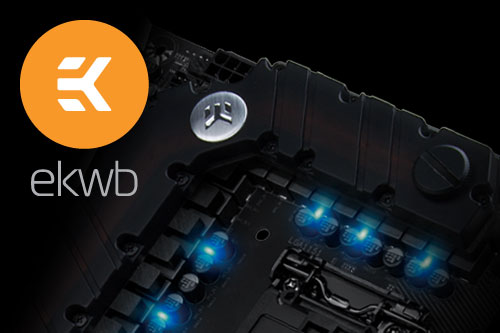 As for Z270X-GAMING 8, AORUS have teamed up with Bitspower to create a superior performance hybrid water block featuring a high-flow pure copper water channel that’s placed directly over VRMs for superior cooling. G1/4” threaded fittings ensure compatibility with any setup you plan to create.

Z270X-Gaming 9 and Z270X-Gaming 8 are high-end AORUS gaming motherboards with an array of amazing features, check them out in the link below: http://www.gigabyte.com/Motherboard/AORUS-Gaming