Since its first introduction at E3 2014, “No Man’s Sky” has been pinned on top of the list of the most anticipated games. Yet, the long wait turned out to be the biggest disappointment in 2016 somehow. Soon after its launch in August, the community quickly find themselves misled by false advertising, and the should-be-star ended up a tragic meteor. However, No Man’s Sky is indeed groundbreaking in game design, in spite of the failure in business. Therefore, we present you this simple benchmark, to see how it takes to baldly go no man has gone before.

Firstly, let’s take a look at the minimum requirement of No Man’s Sky. In here, we put another two sandbox games of different themes to compare with: the Elder Scrolls: Skyrim, representing the fantasy world, and Minecraft for the pixel land. Note that this comparison doesn’t really mean anything for they are basically rather low-demanding in this generation. Don’t take it too serious.

As we said, the requirement is relatively low compared to other Triple-A titles. So let's head down to the following performance benchmark. 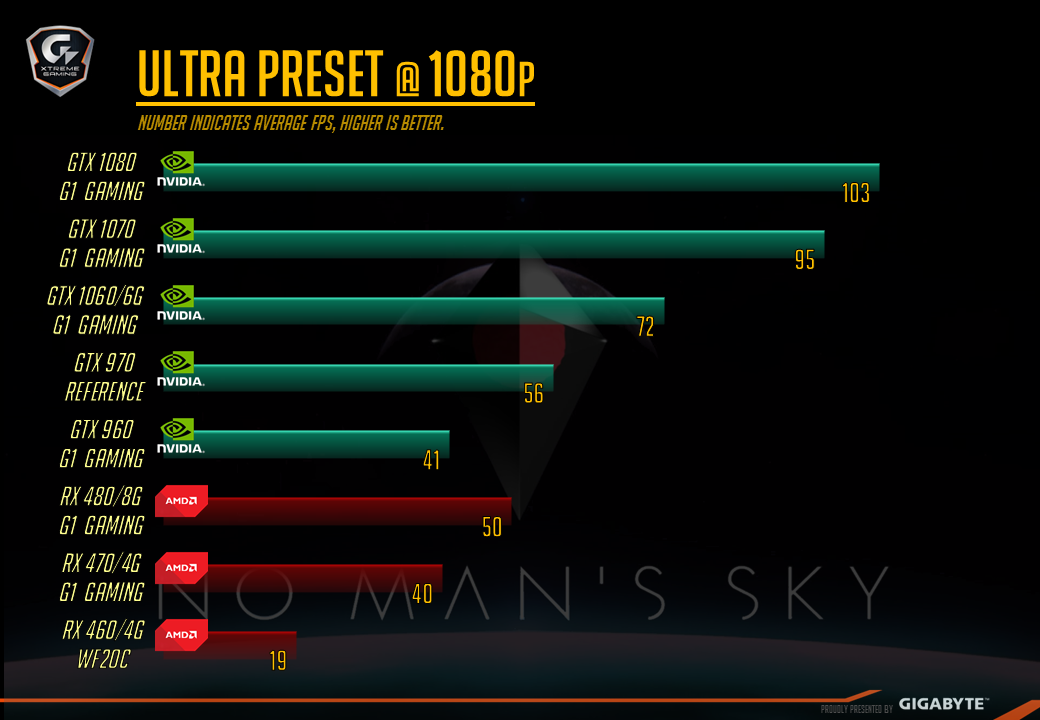 As you may see above, the latest generation of nVidia GTX series can all deliver more than 60 FPS at 1080p in the highest preset. Yet, surprisingly, the latest AMD RX series fail to reach 60 FPS on the other hand. Even the GTX 9 series, sorted as “Legacy”, can do a better job. This may be resulted by poor optimization and utilization of DirectX 12. If you look to play this title with the best gaming experience, the latest GTX 10 series shall be your first choice. 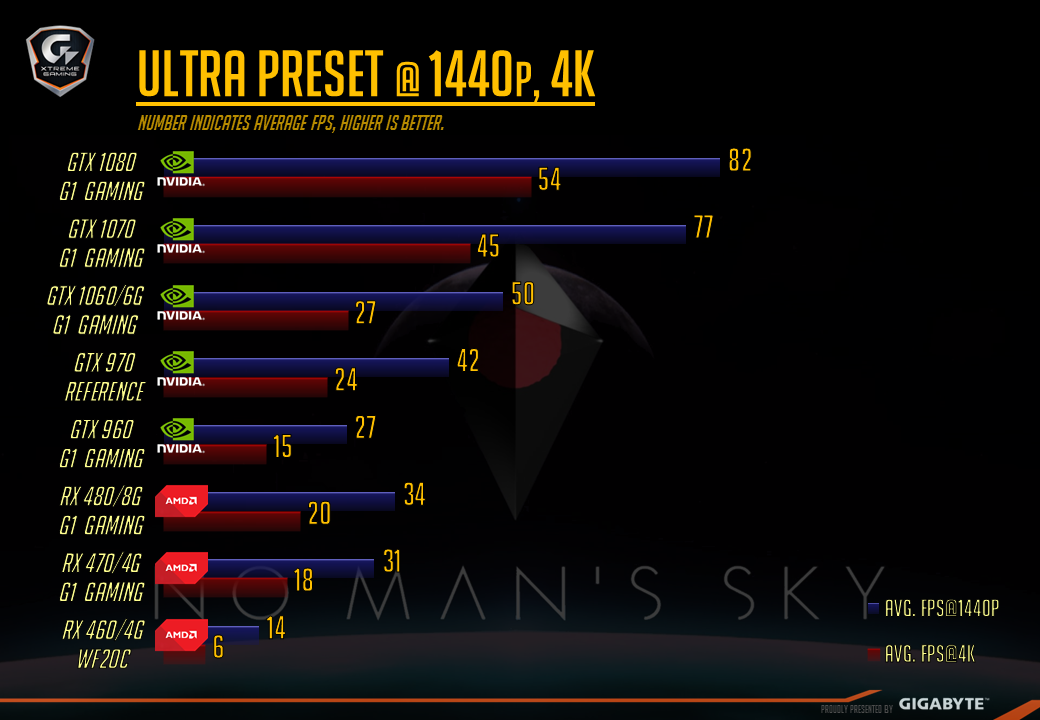 This may not be an option for you, yet we tested the performance at higher resolution, out of unlimited curiosity as we launched to explore the universe. As a result, only GTX 1070 and GTX 1080 can deliver more than 60 FPS at 1440p, and no single card reaches 60 FPS at 4K resolution. Again, this may be caused by lack of experience in engine optimization for an indie developer. 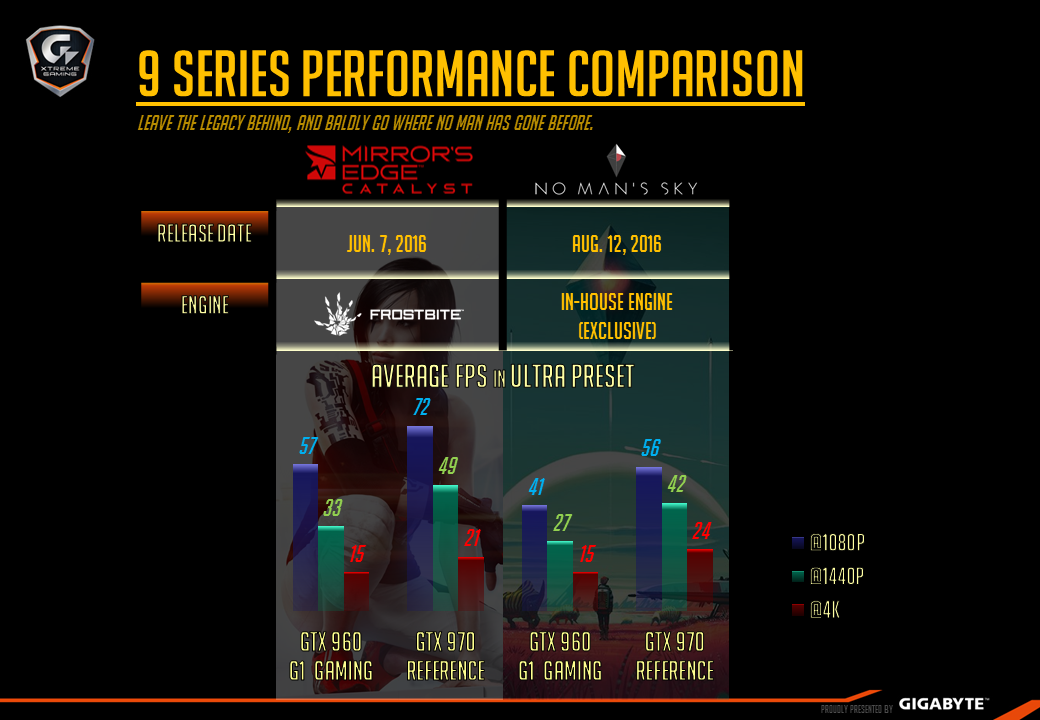 In the end, for those who possess a GTX 9 series graphics card, this is the difference between roaming in a city and roving on an extraterrestrial planet. We took Mirror’s Edge Catalyst for comparison due to its iconic visual arts just as what No Man’s Sky features. Though it’s not a fair call, the GTX 9 series somehow became inadequate for next-generation game titles. Better drop it and launch for the future now. 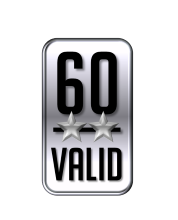 ※ "No Man's Sky" is the intellectual property of Hello Games.
※ All related images used in this article are copyrighted to Hello Games and their respective owners.

※ XG Blog does not claim to own the copyright of any materials involved.