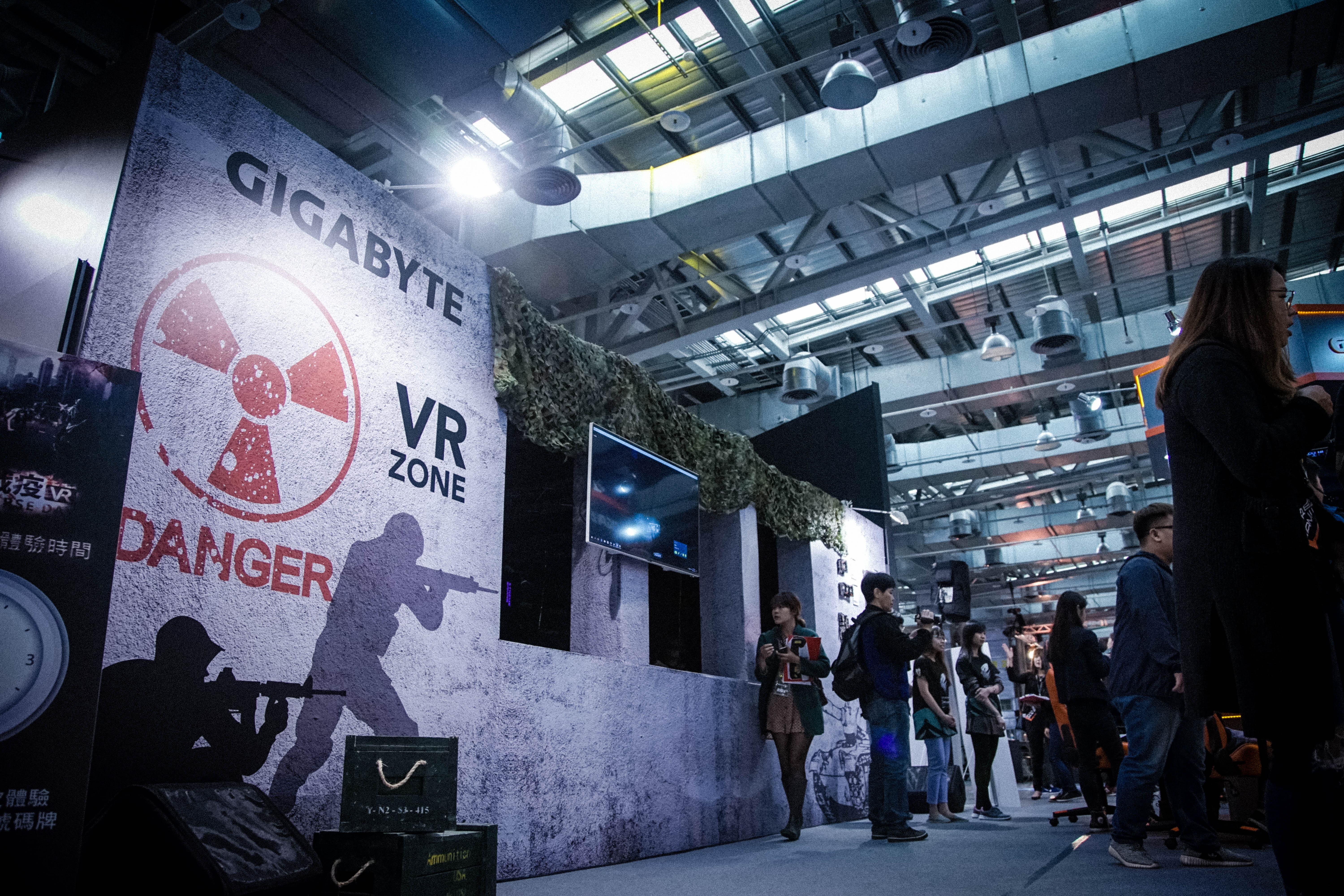 WirForce 2016, the grand year-end event for gamers in Taiwan and the largest Lan Party in Asia, has finally opened on the 10th of November. As one of the closest supporters of gaming entertainment, GIGABYTE Xtreme Gaming presents with the largest booth on site to show the commitment to gamers. Although it was dripping in the morning, the souls of Xtreme Gaming staff were still burning like gamers, echoing the slogan of this year "#YouAreNotAGeek, #YouAreAGamer" and realizing the madness and the enthusiasm of gamers in the 20-celcius-degree cool breeze. This year, the topic of GIGABYTE's booth is "XTREME VR Infinity", featuring the hottest technology of 2016 in the gamer party. Not only can the gamers on site experience the fascination of Virtual Reality in this 4-day non-stop party, but witness the extreme performance of the latest GTX 10 series XTREME GAMING graphics cards.

When the clock struck 11, the Opening Ceremony of WirForce 2016 has then officially started, and the pivot of Xtreme Gaming, Associate Vice President Eddie, was invited to address the media and the audience about the effort and the commitment by GIGABYTE. After the ceremony ended, the host and the media stopped by Xtreme Gaming booth for guide tour, and thusly marked the beginning of GIGABTYE@WirForce 2016! 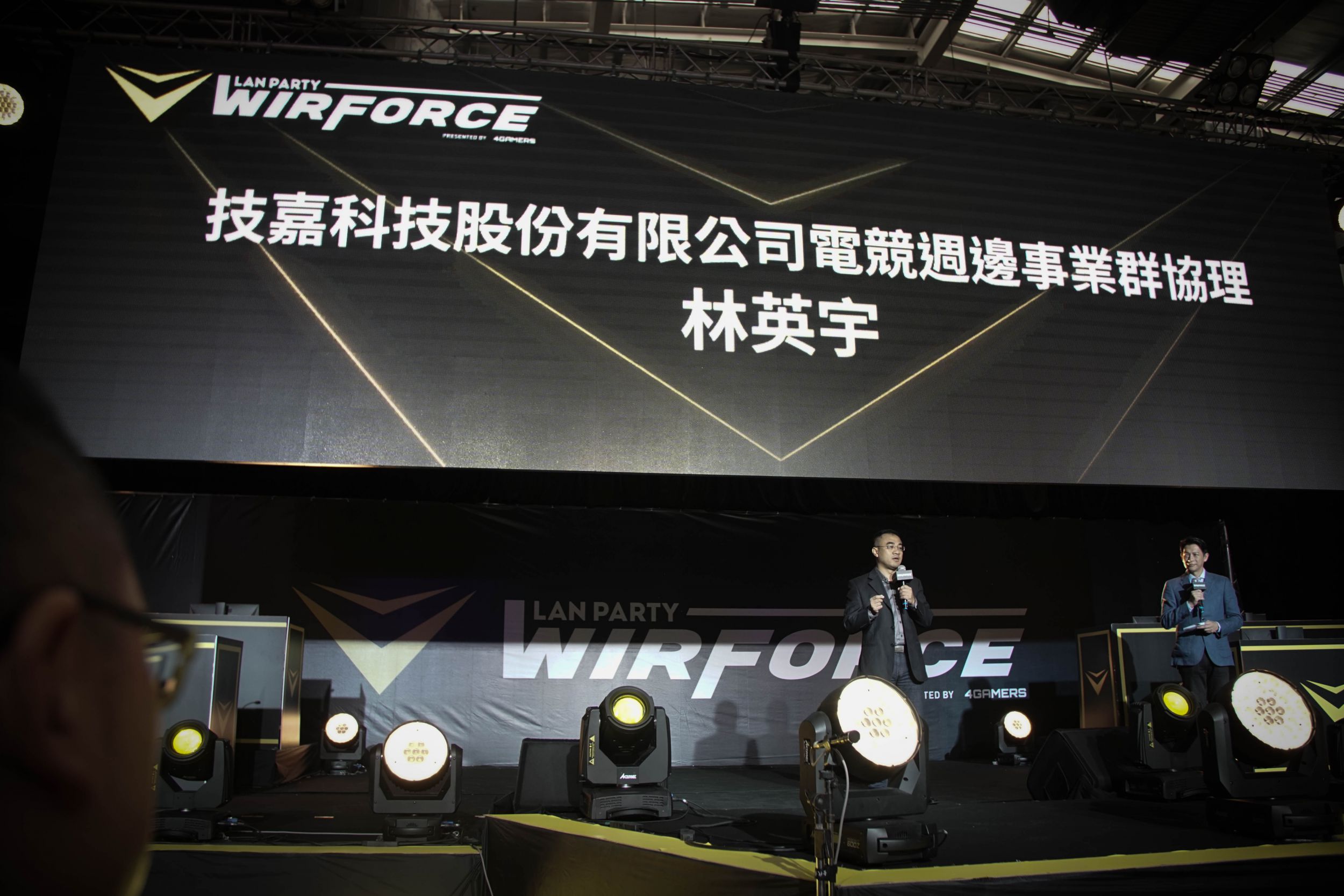 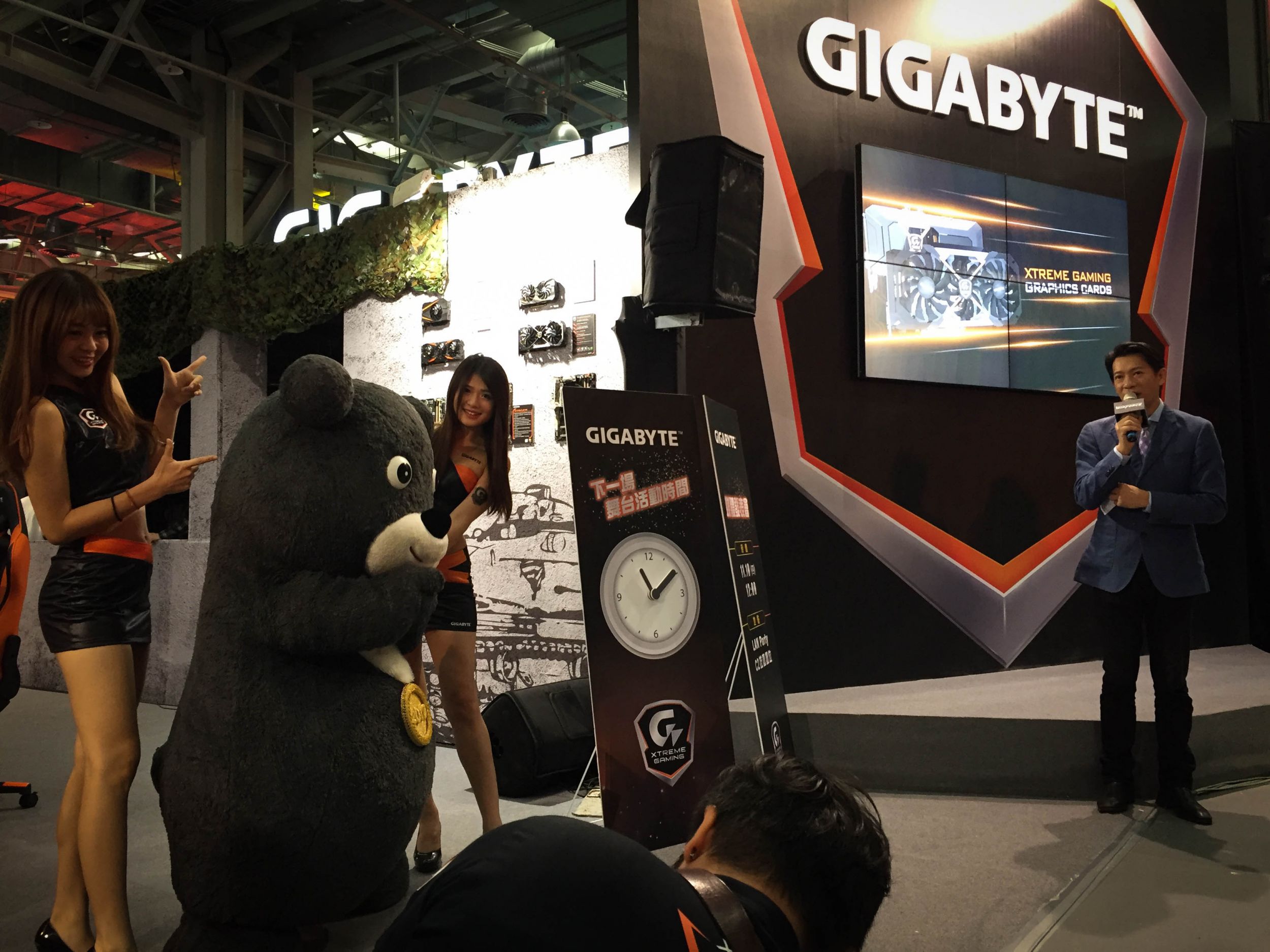 Just as the topic "XTREME VR Infinity" reveals, this year, instead of traditional single-player VR games, GIGABYTE presents the multi-player co-op VR shooter, "Apocalypse Day VR", allowing up to four players to engage in the best VR experience powered by the top-tier Xtreme Gaming graphics cards. "Apocalypse Day VR" is a co-op shooter, in which the players fight together against zombies wave after wave, and it takes great teamwork to walk through due to the enemies can swarm from every aspect. Each PC is equipped with the top-tier GTX 1080 Xtreme Gaming WaterForce, and they altogether deliver the vivid surroundings so real that it almost scared out the show girls who were just looking for a glimpse! 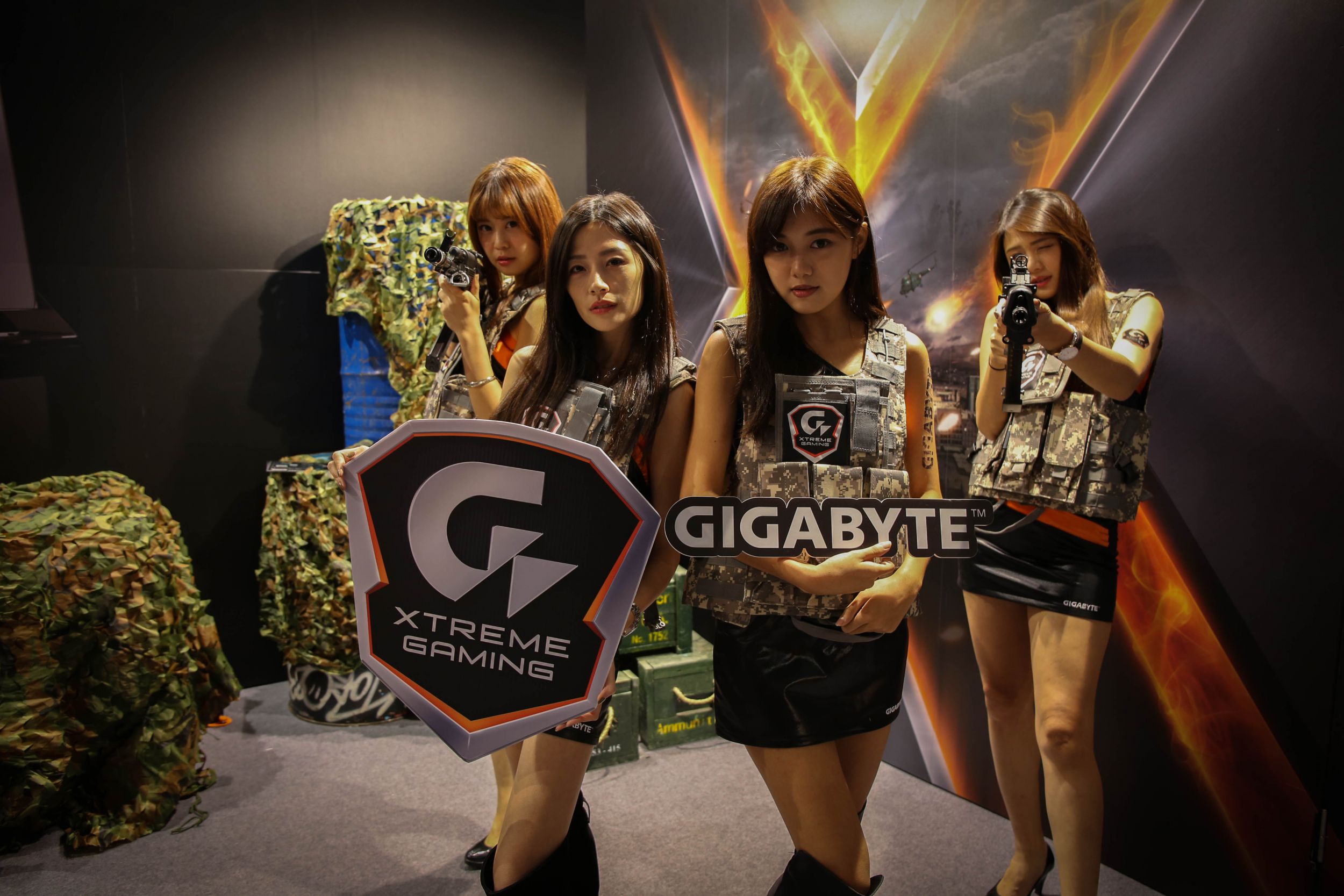 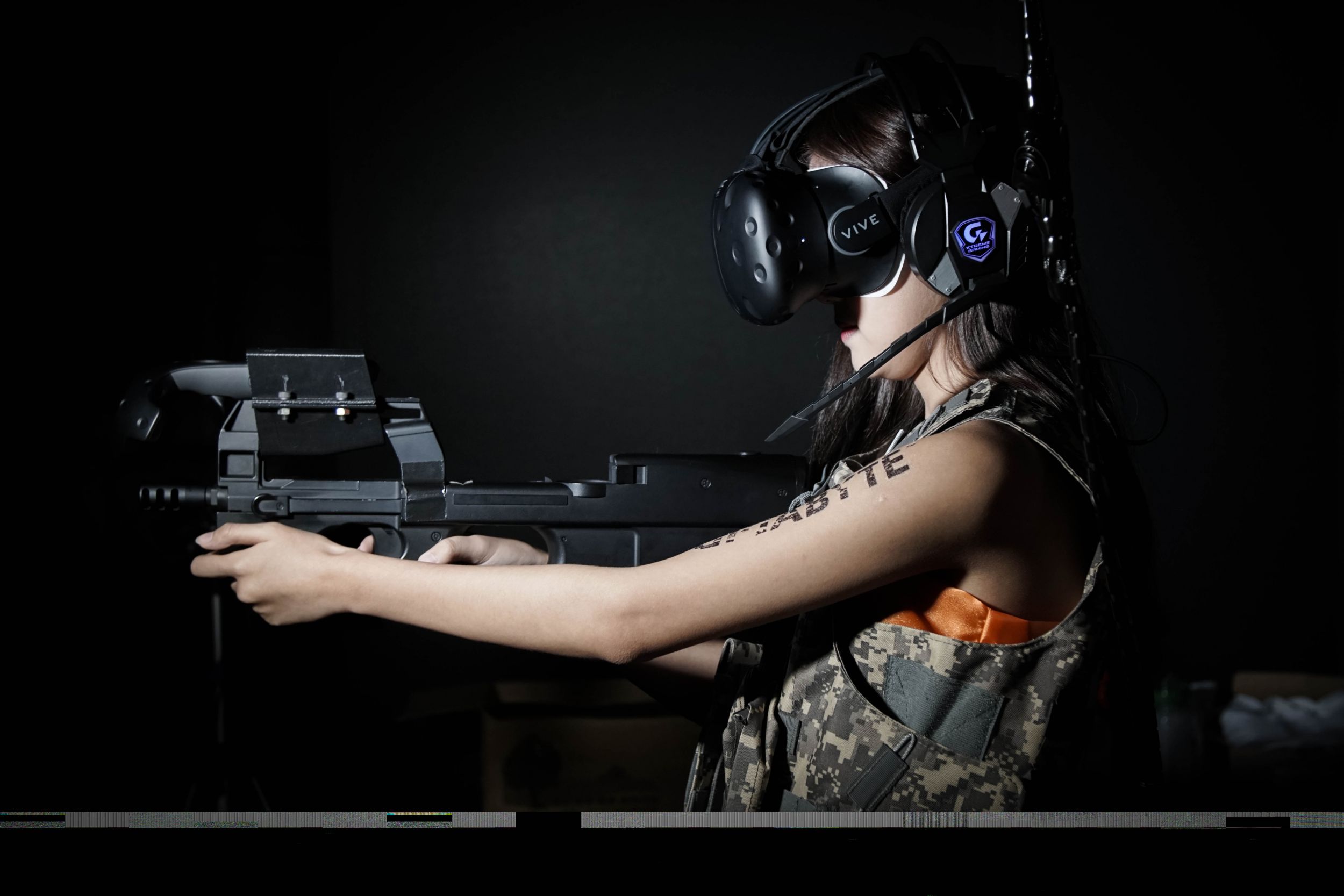 In WirForce, the grand event dedicated to the gaming community, there is no such thing as important as laying the gamers' hands on the best gaming gears. Especially the latest models, in the closest distance. Right in the middle of GIGABYTE's booth, stands a Hex-Arena, showcasing the full PC set with the latest Xtreme Gaming gears, including the GTX 10 series Xtreme Gaming graphics cards, the RGB backlit mechanical gaming keyboard XK700, the 6400 DPI gaming mouse XM300, the absolute pure stereo headset XH300, the window-sided mid-tower case XC300 for gamers, and the full-tower case XC700 with tempered-glass side panel for hardcore tubing players. Meanwhile, at every table there is a Xtreme Gaming chair, making gamers relaxed and relieved in every tense battle. The full gaming sets on the Hex-Arena are so eye-catching that all passer-by can't help stopping at GIGABYTE's booth, only to experience the power of Xtreme Gaming. Check out the crowds and you will understand why gaming is the lingua franca we speak nowadays! 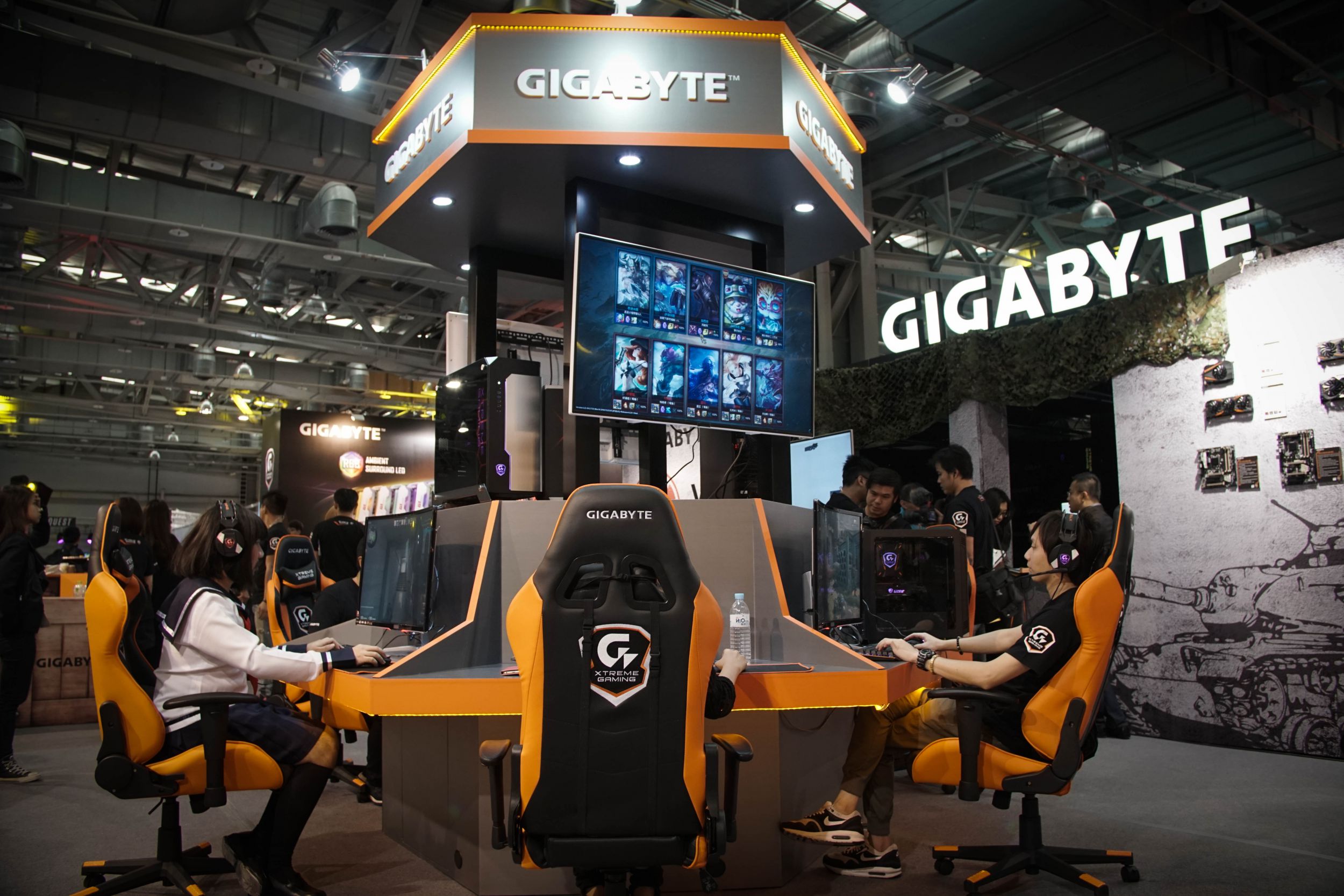 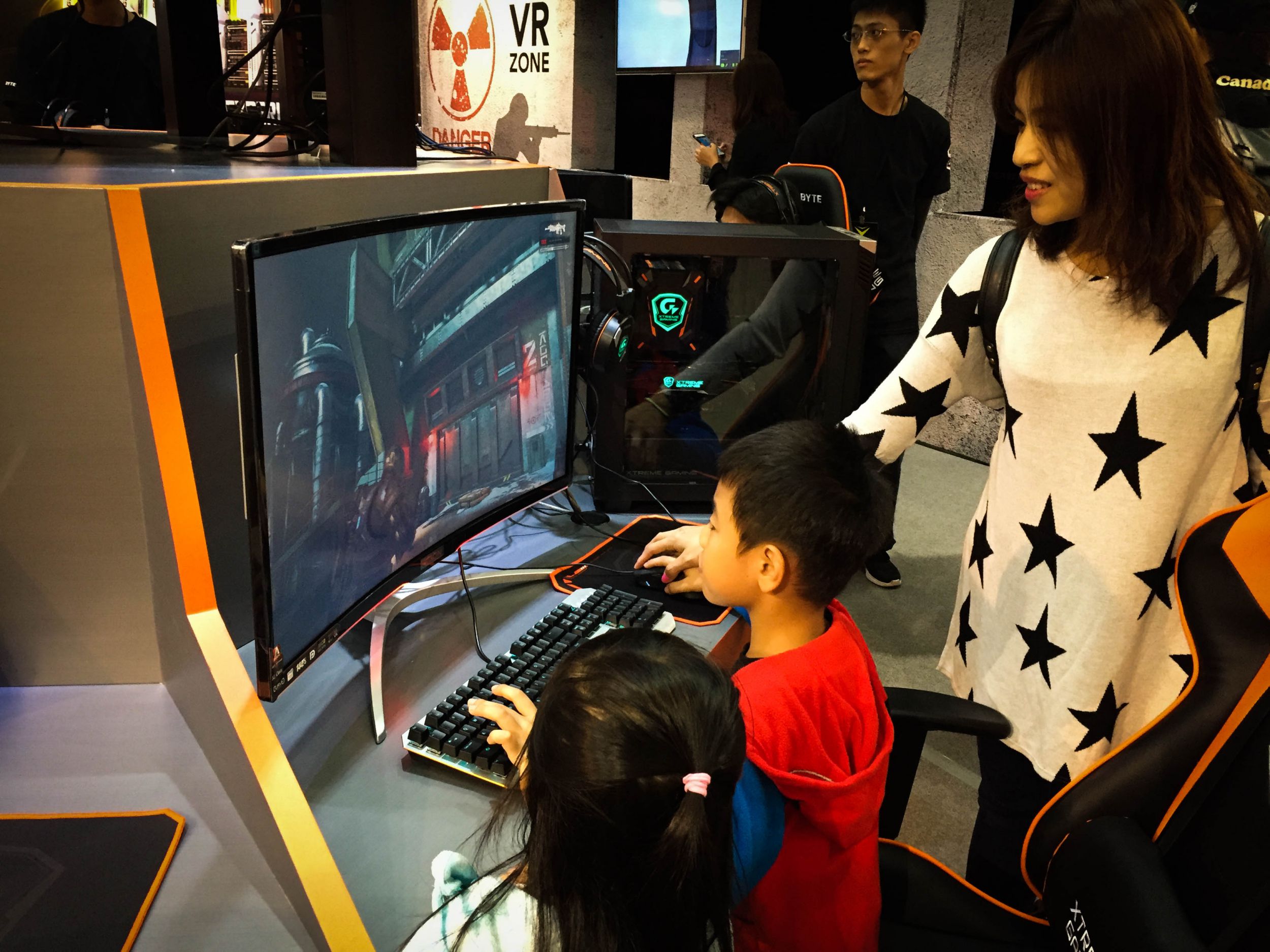 On the wide side of the booth, shining with Xtreme Gaming, is the flagship laptops of AORUS. With the advanced hardware manufacturing and the integrated industrial design, having a gaming laptop with both light weight and powerful performance can be reality now. All models showcased in WirForce are built with GTX 10 series on-board chips, outperforming common desktop PCs. In the corner of the booth, GIGABYTE set up 20 gaming desktops for gaming players who came for the official competitions to warm up and practice, and it shows the commitment of GIGABYTE to backing the gaming community. When the night falls, the booth will turn into "GIGA BAR", serving free beverage for all BYOC gamers who are ready for a four-day-non-stop party. Let's root for gamers and have fun with GIGABYTE@WirForce 2016! 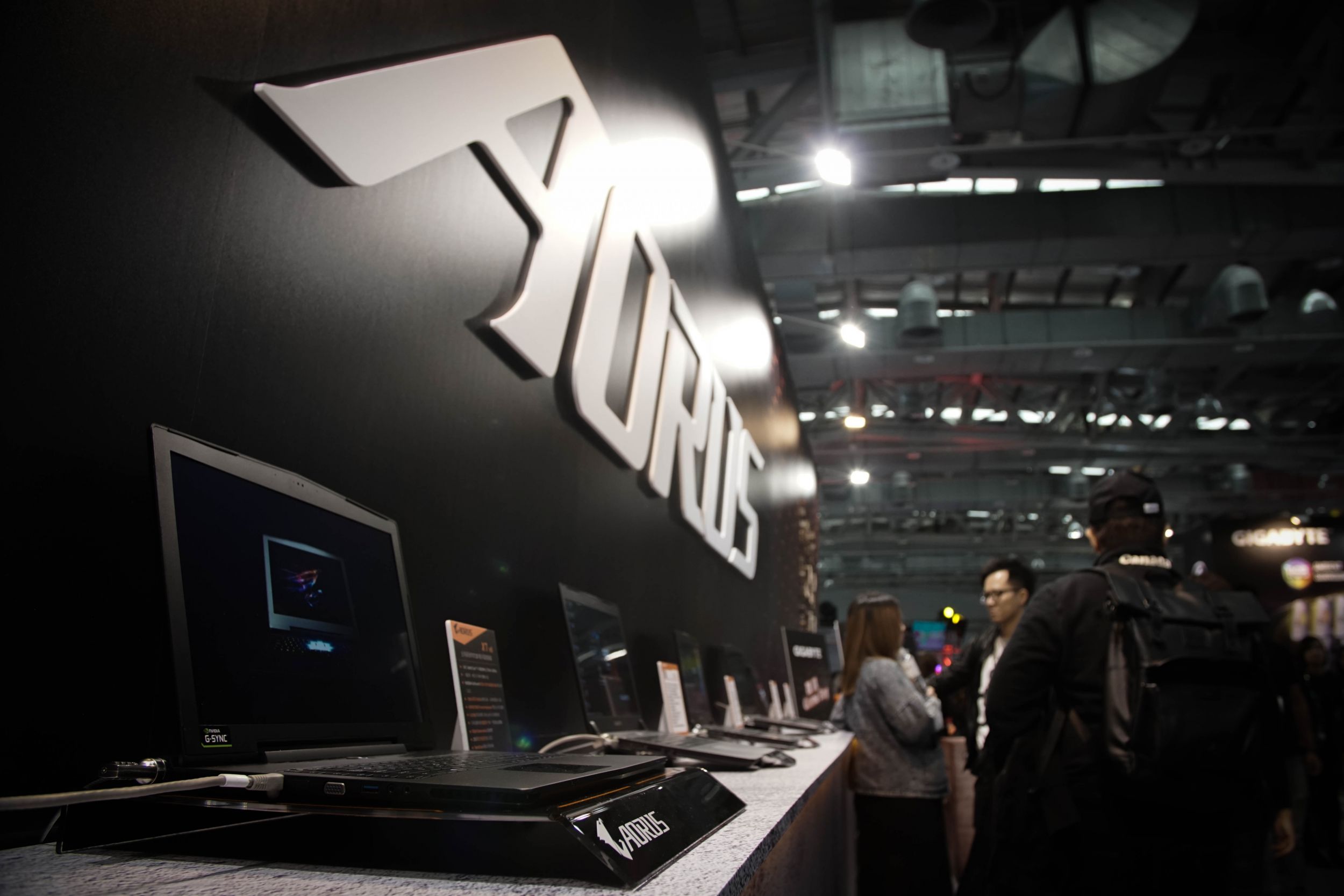 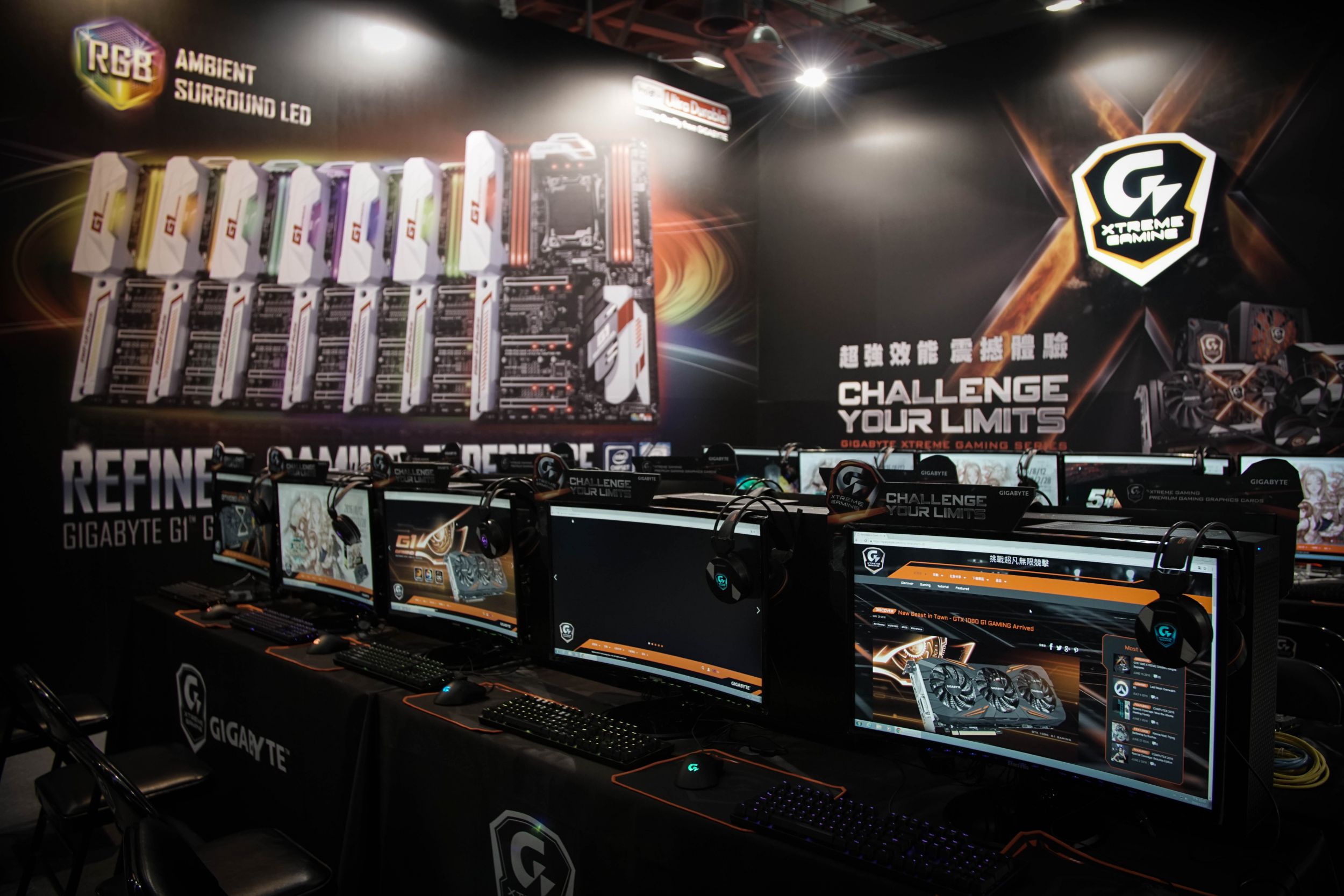 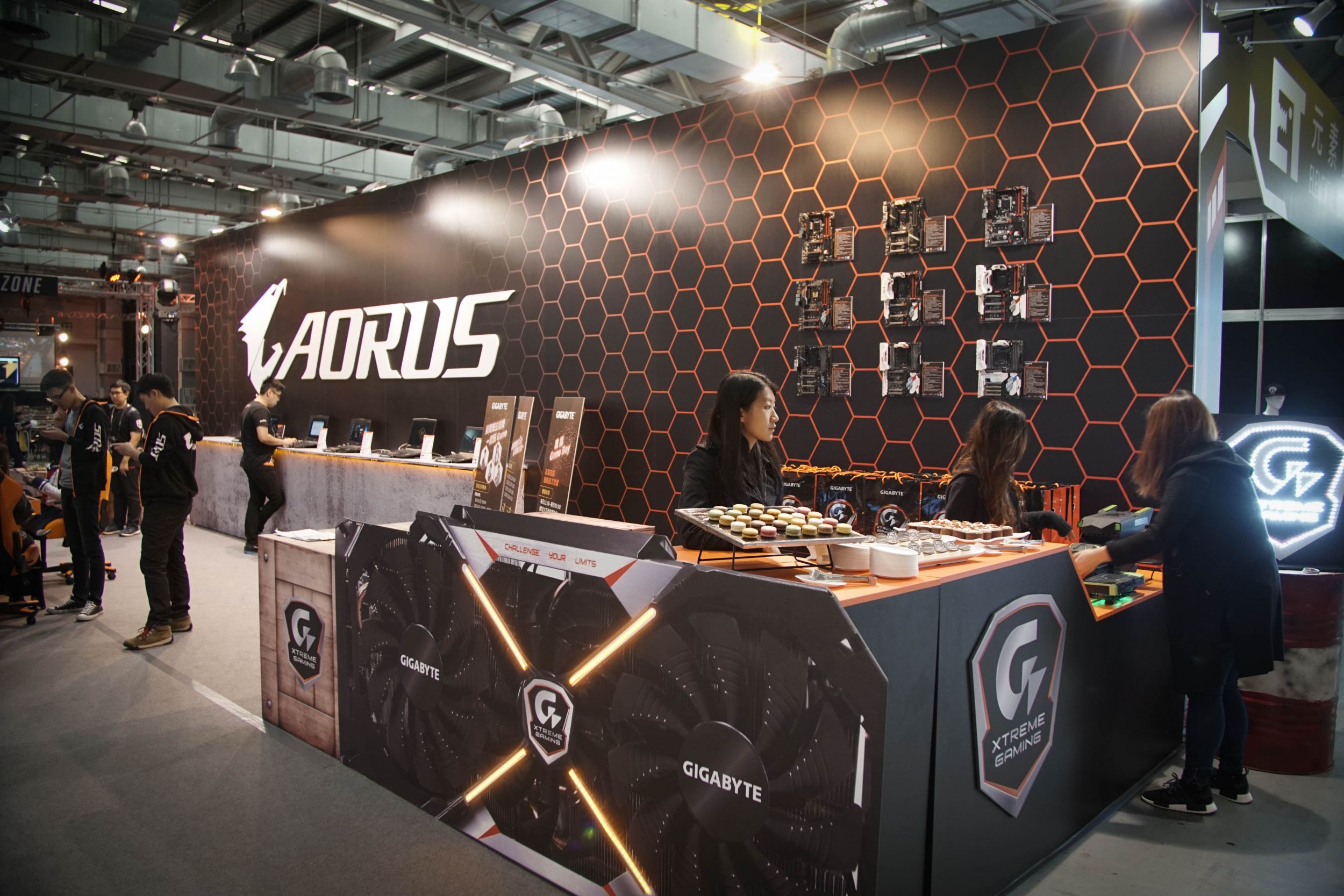 And that's our first day here in WirForce 2016. Stay tuned with our daily recap on GIGABYTE Xtreme Gaming fanpage! 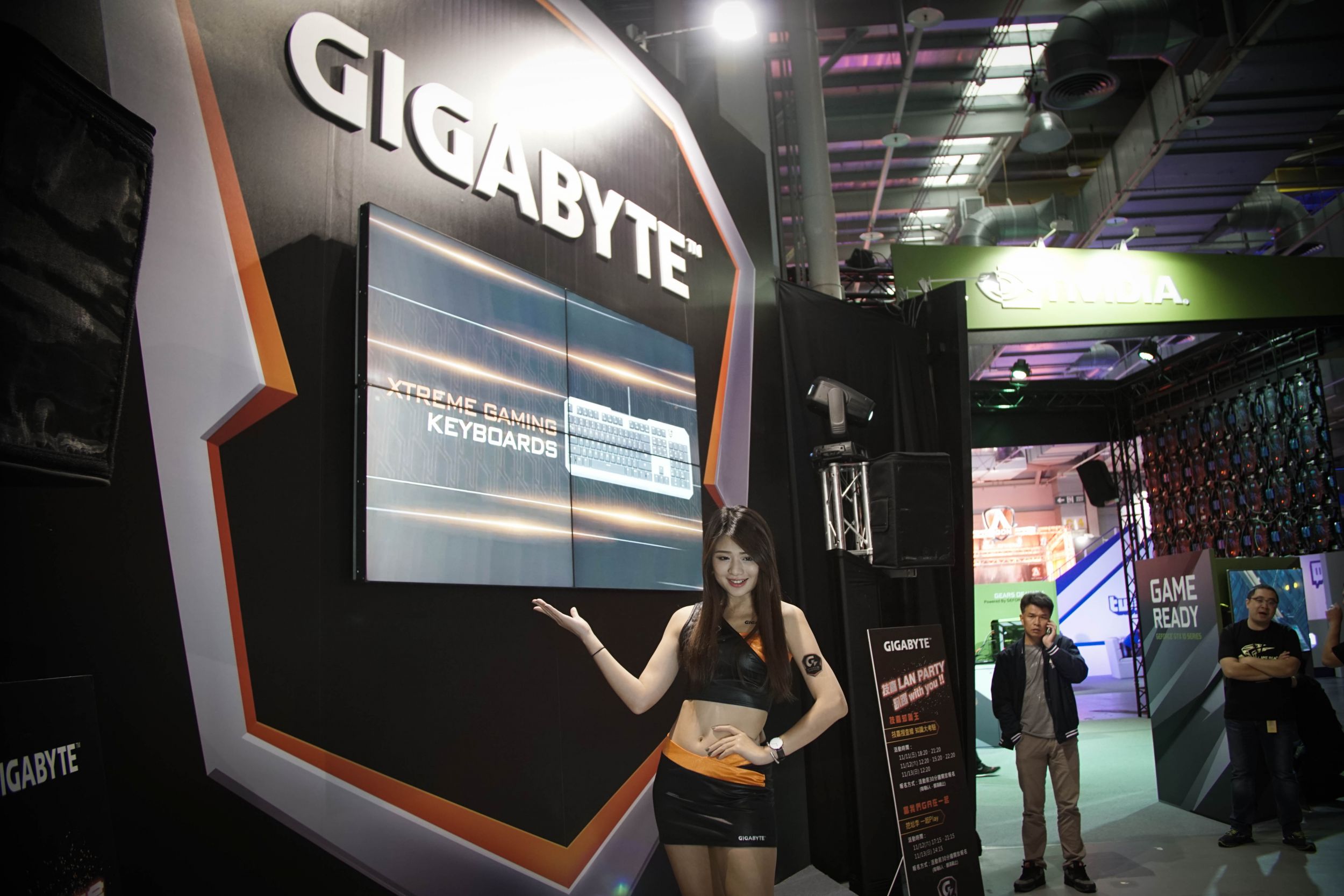 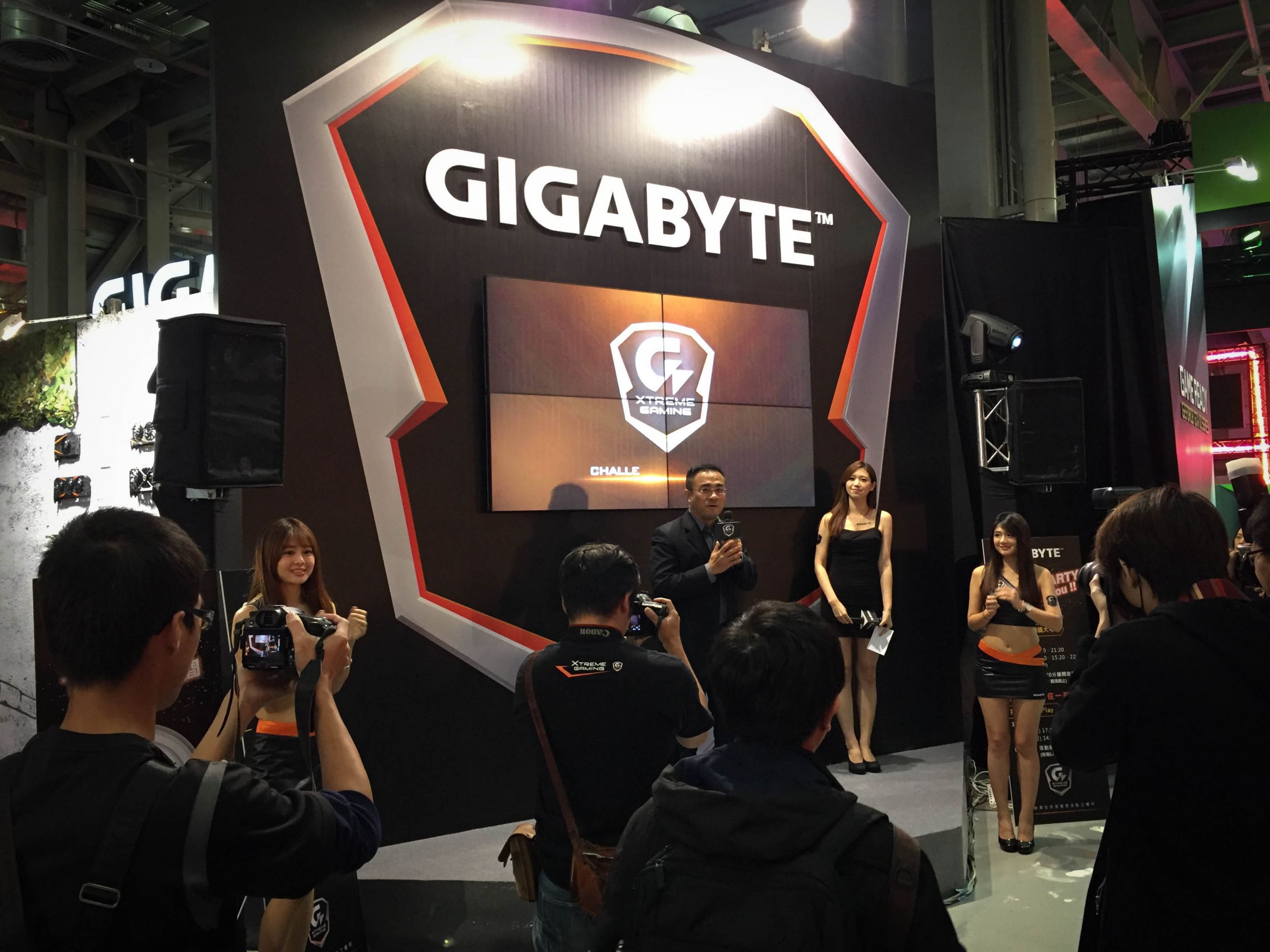 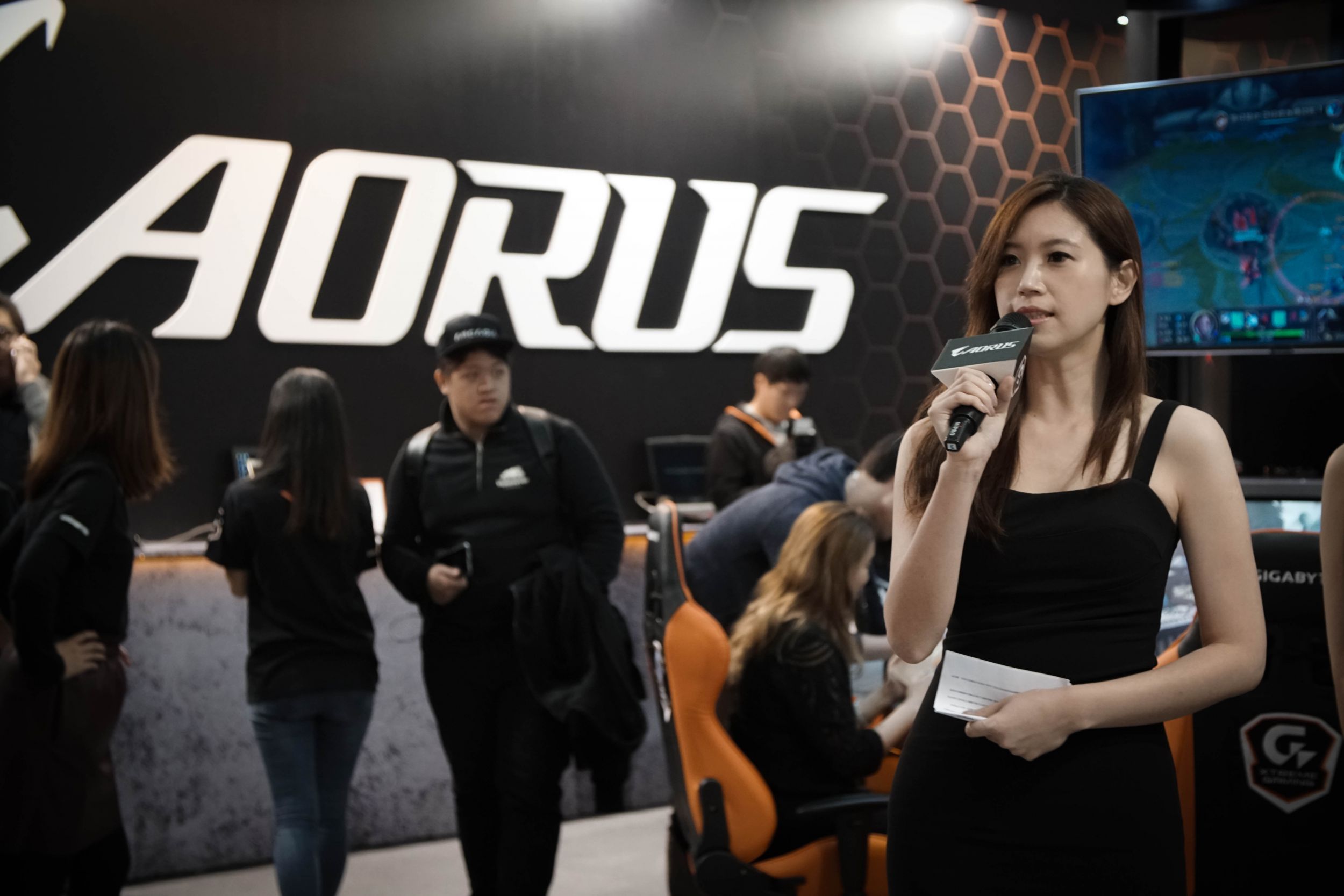 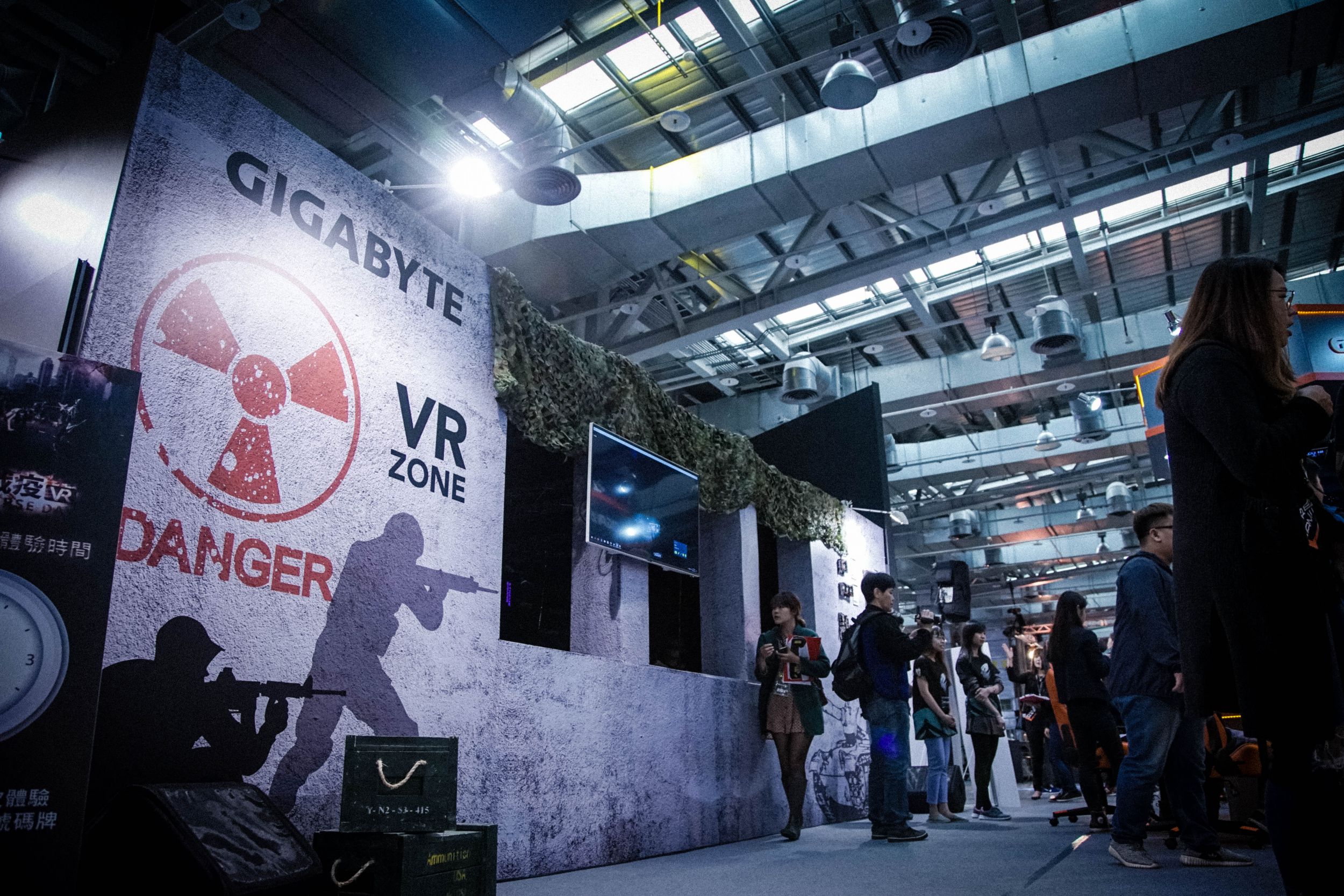 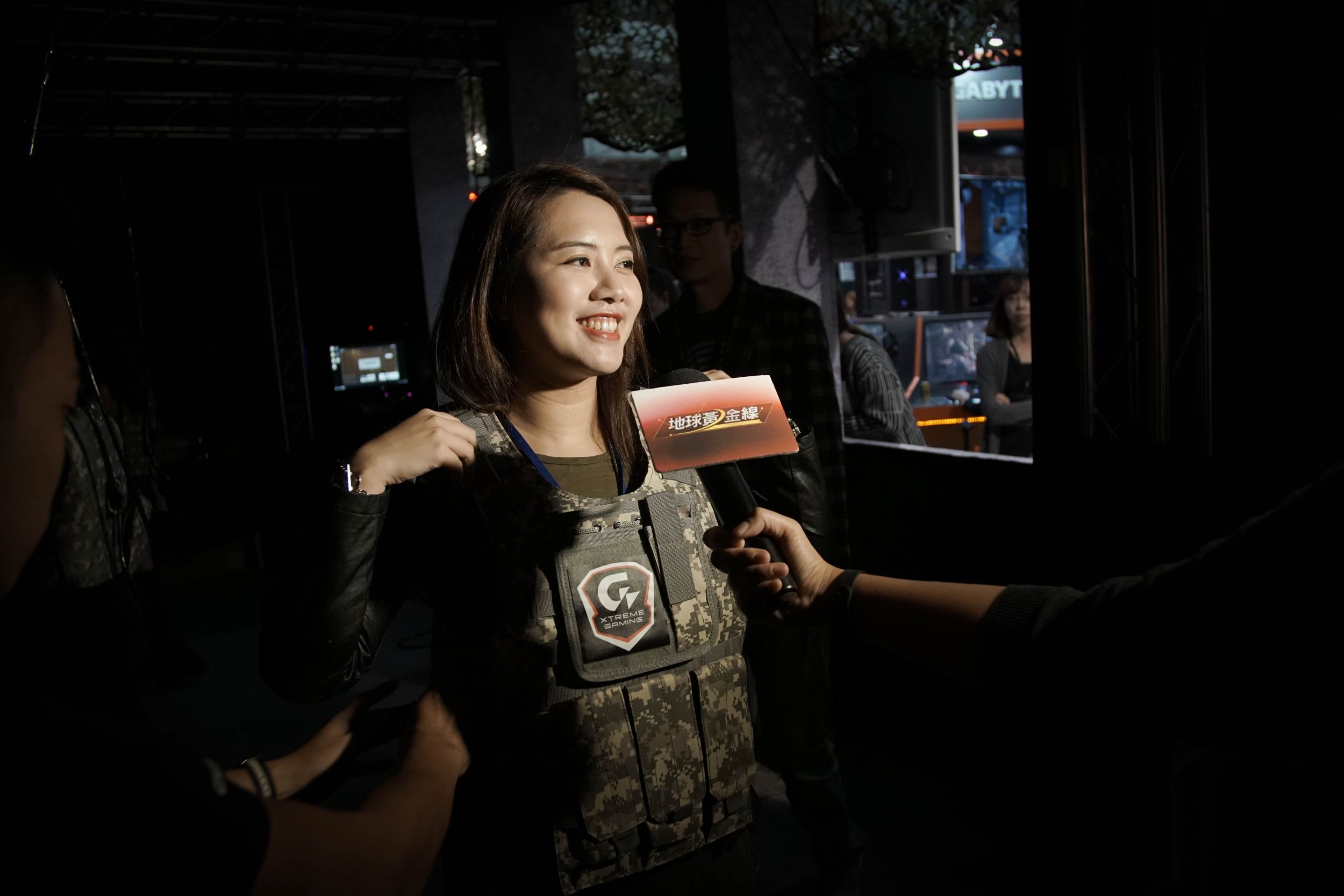 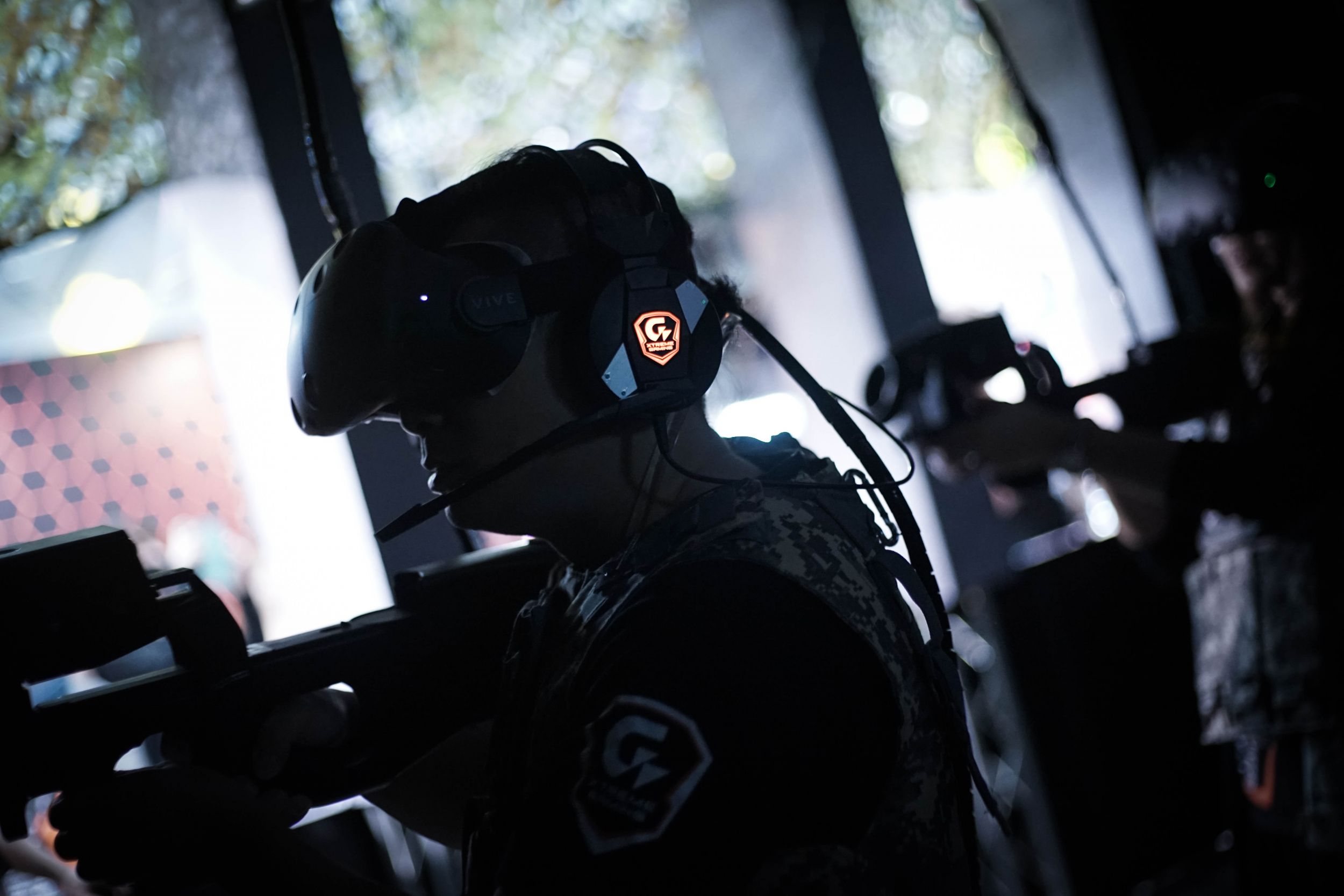 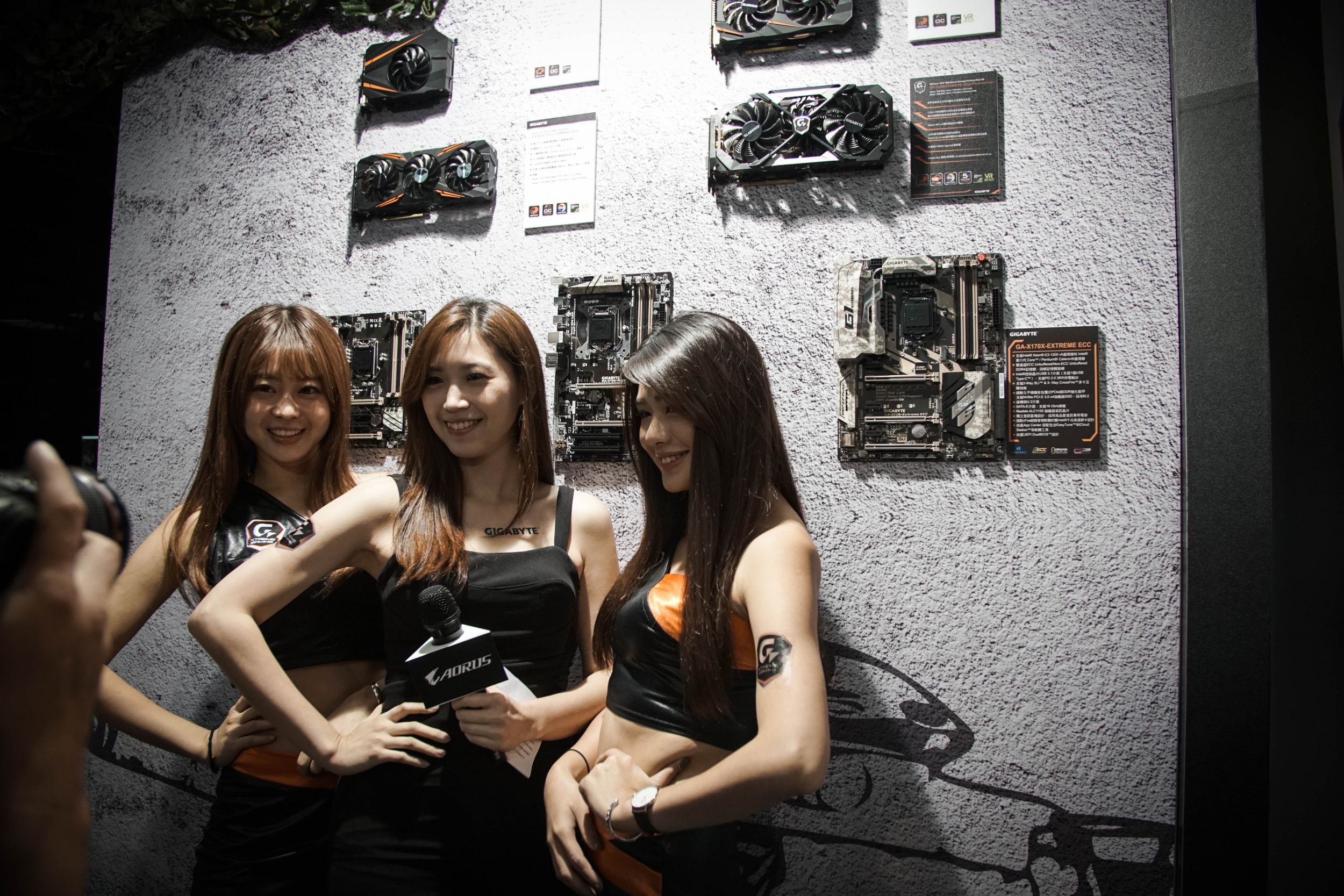 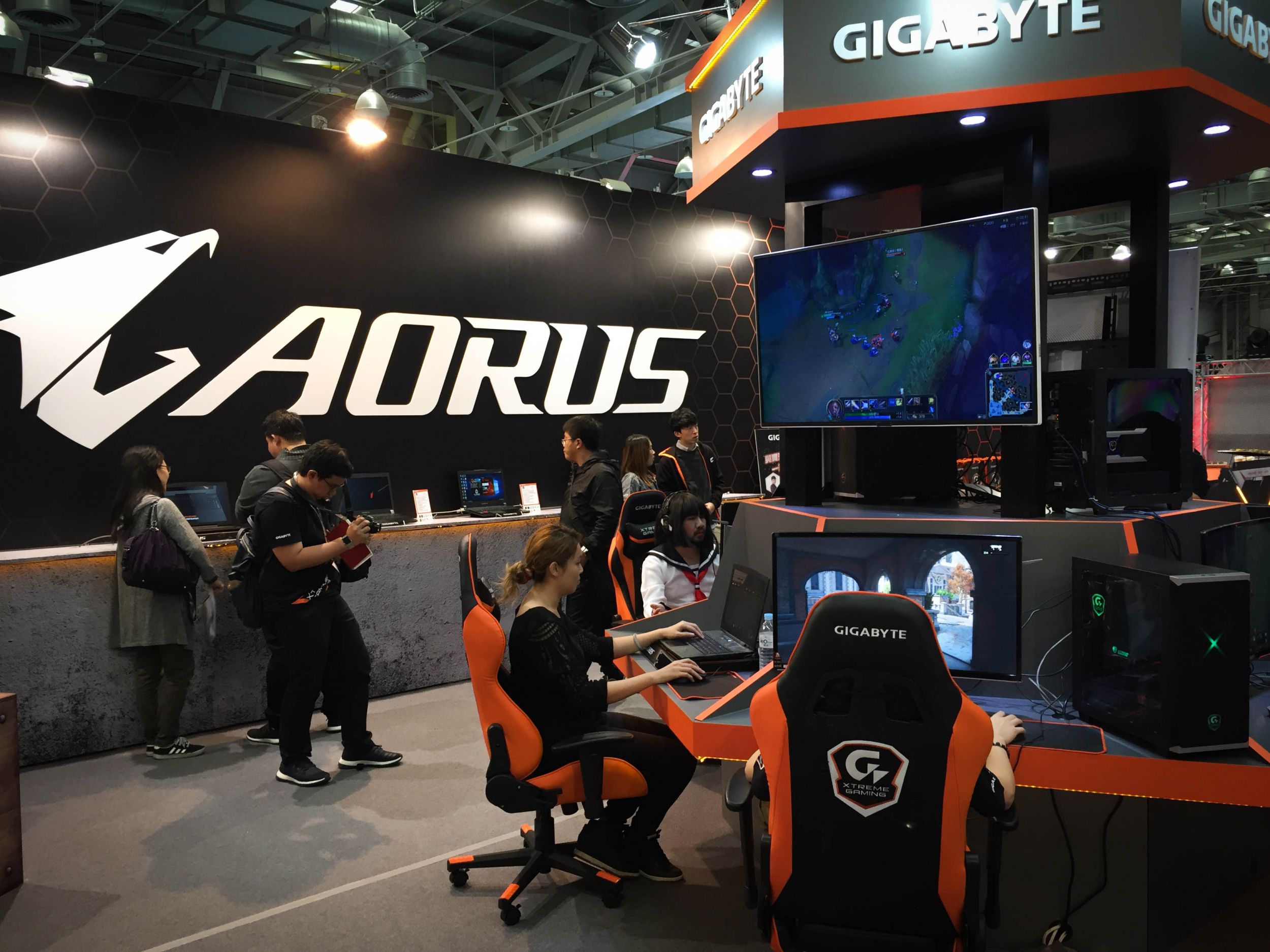 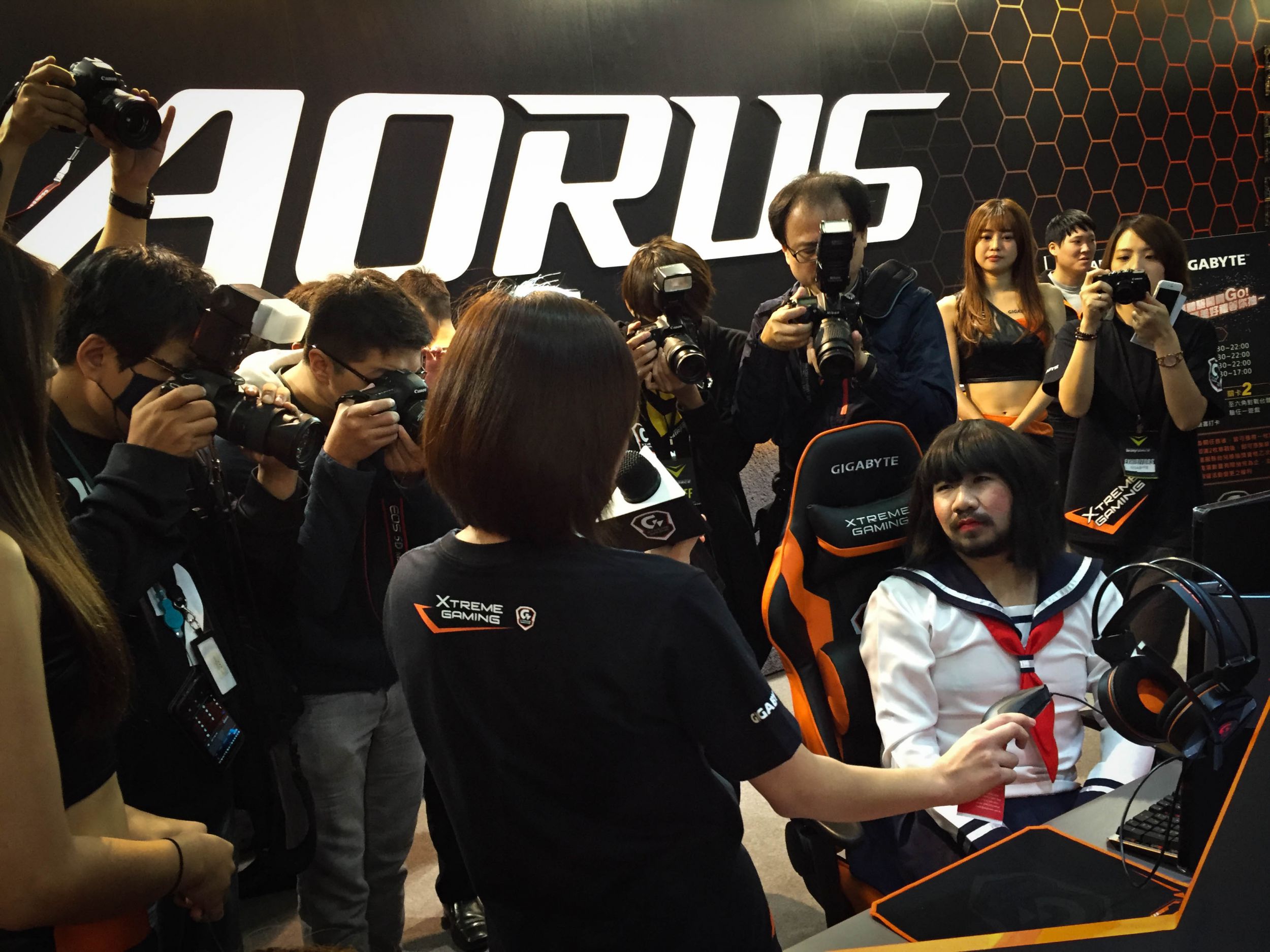 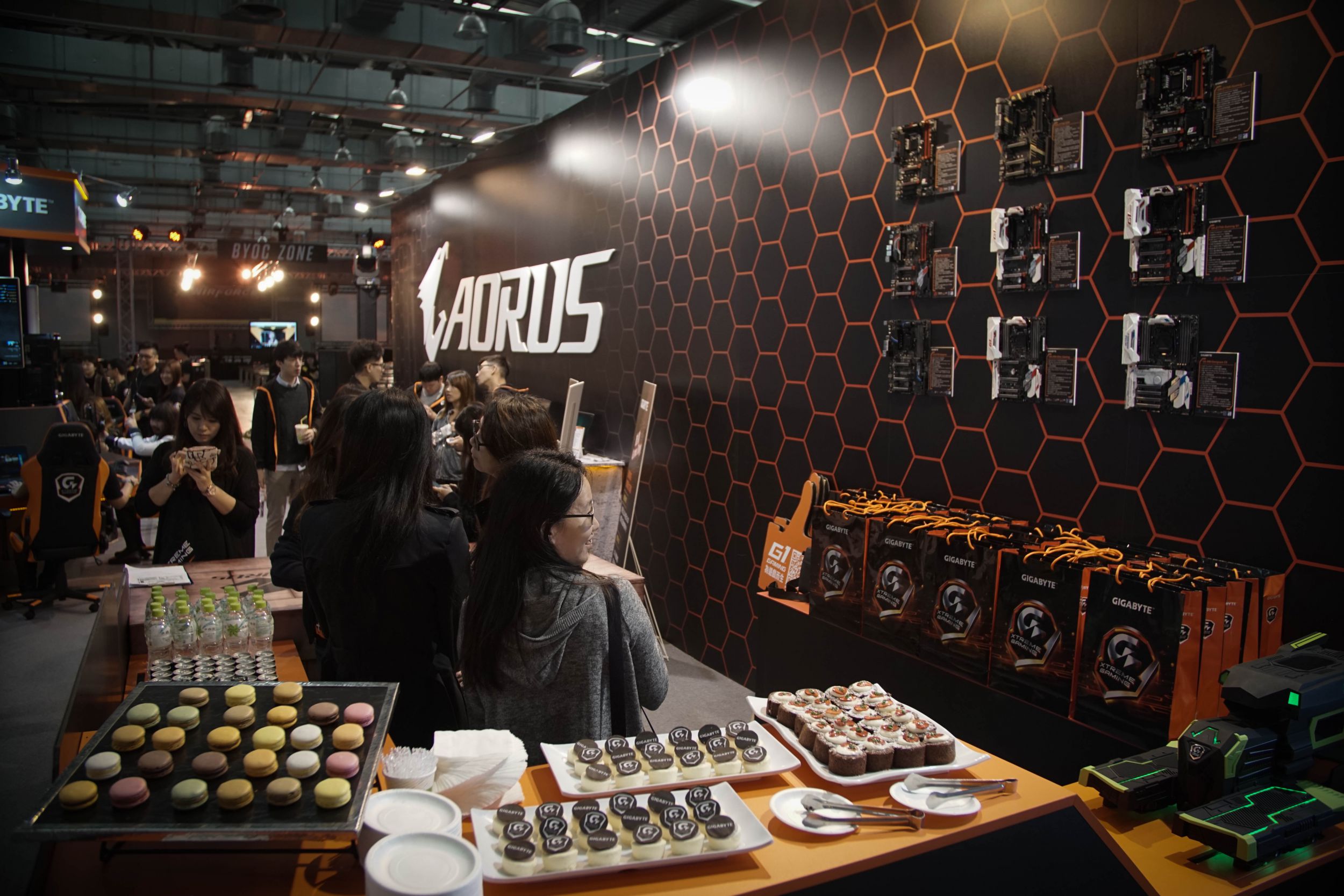 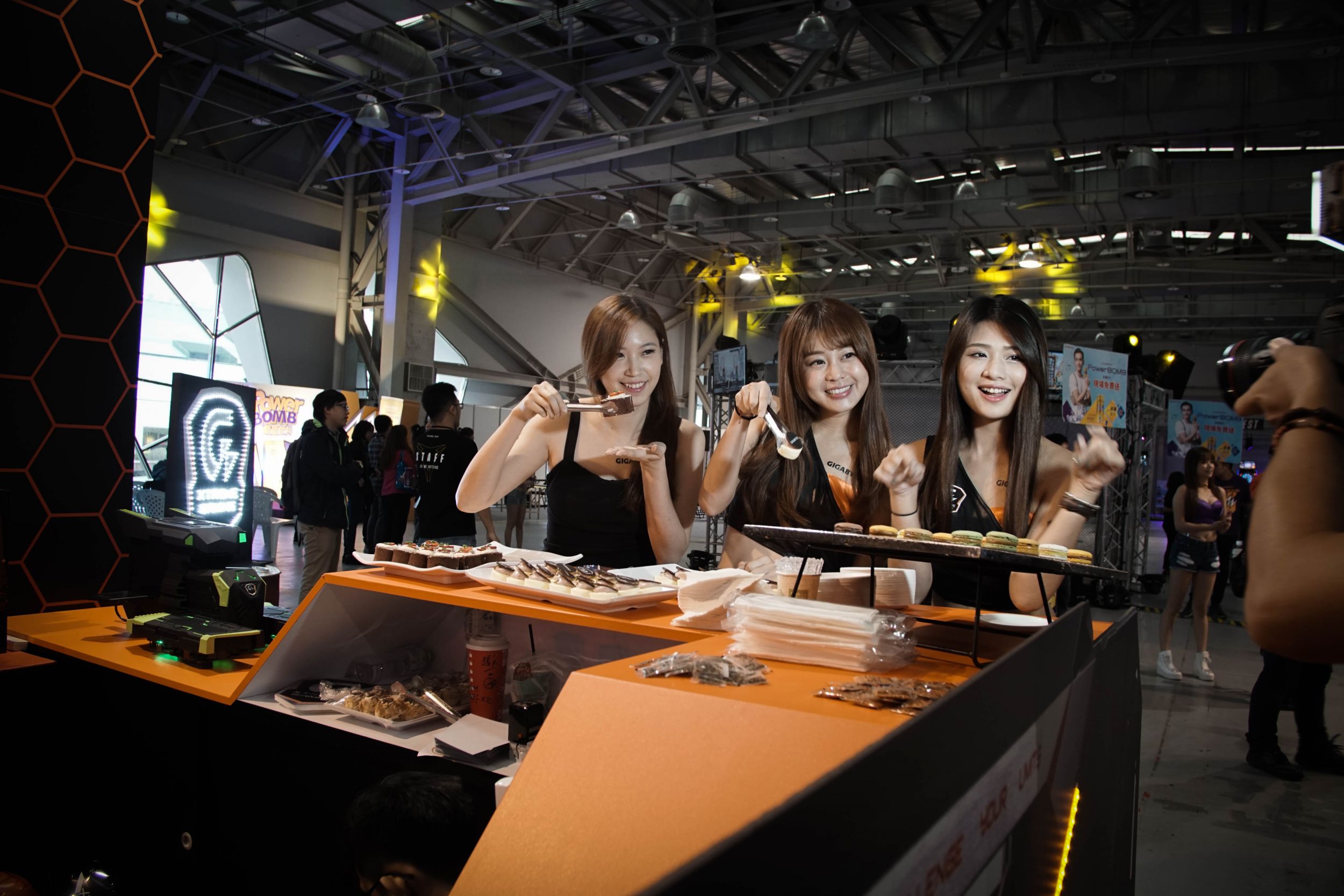 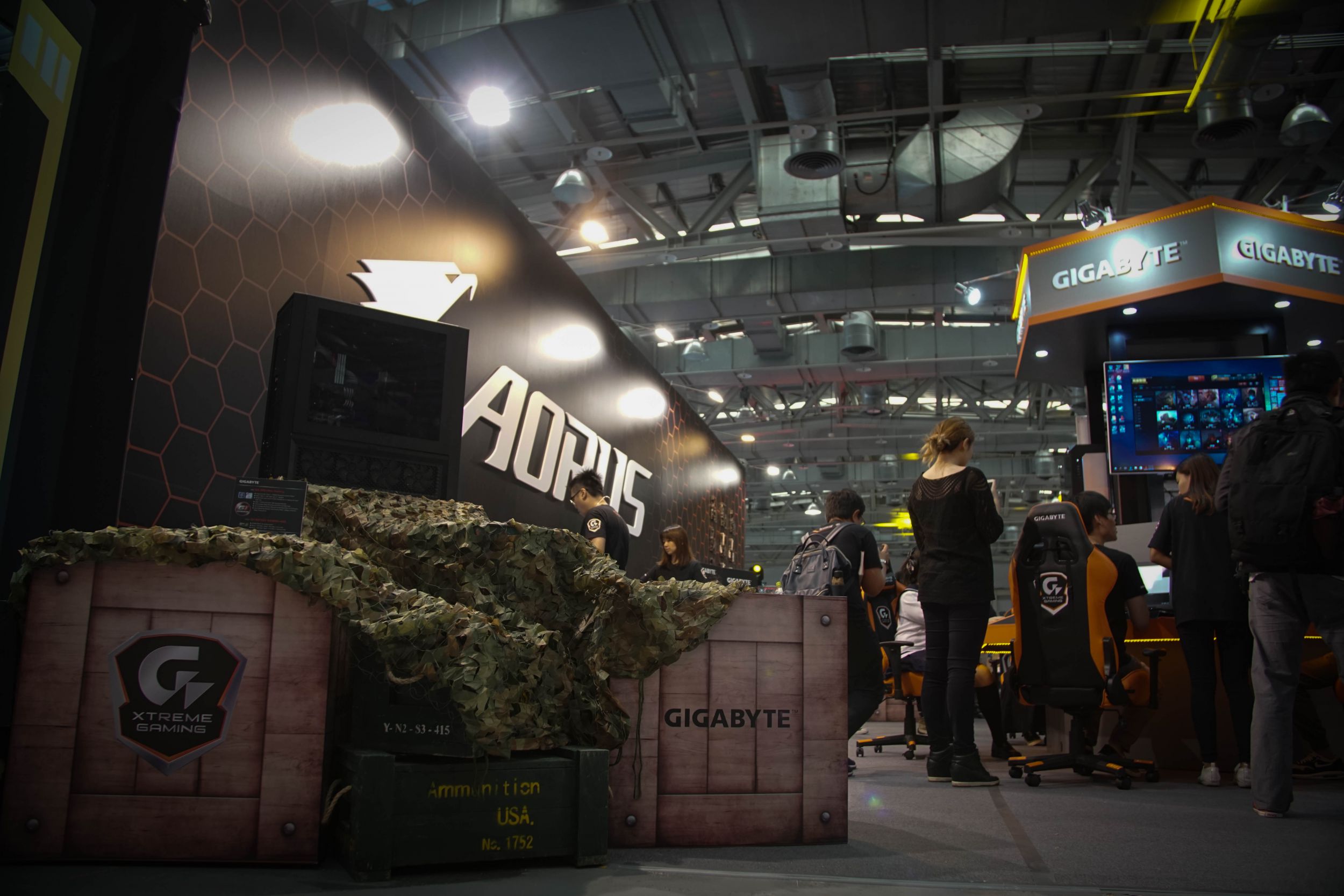