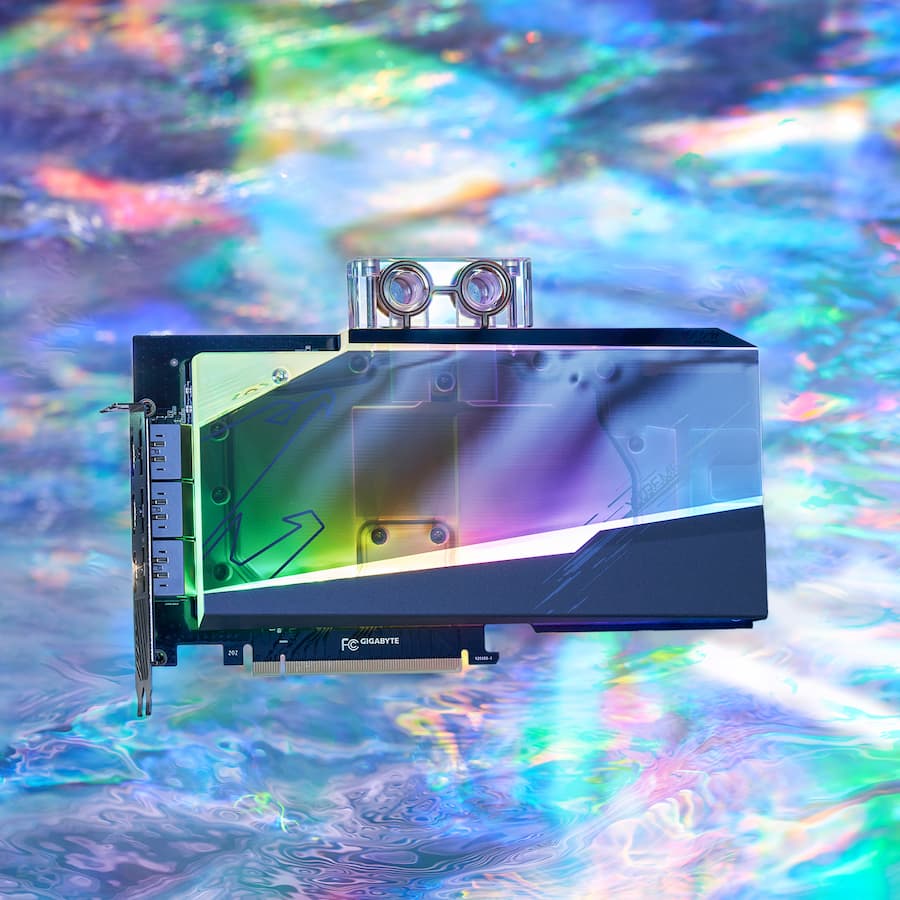 The latest member has arrived! It's time to present you with the perfect balance of performance and silence – AORUS WATERFORCE 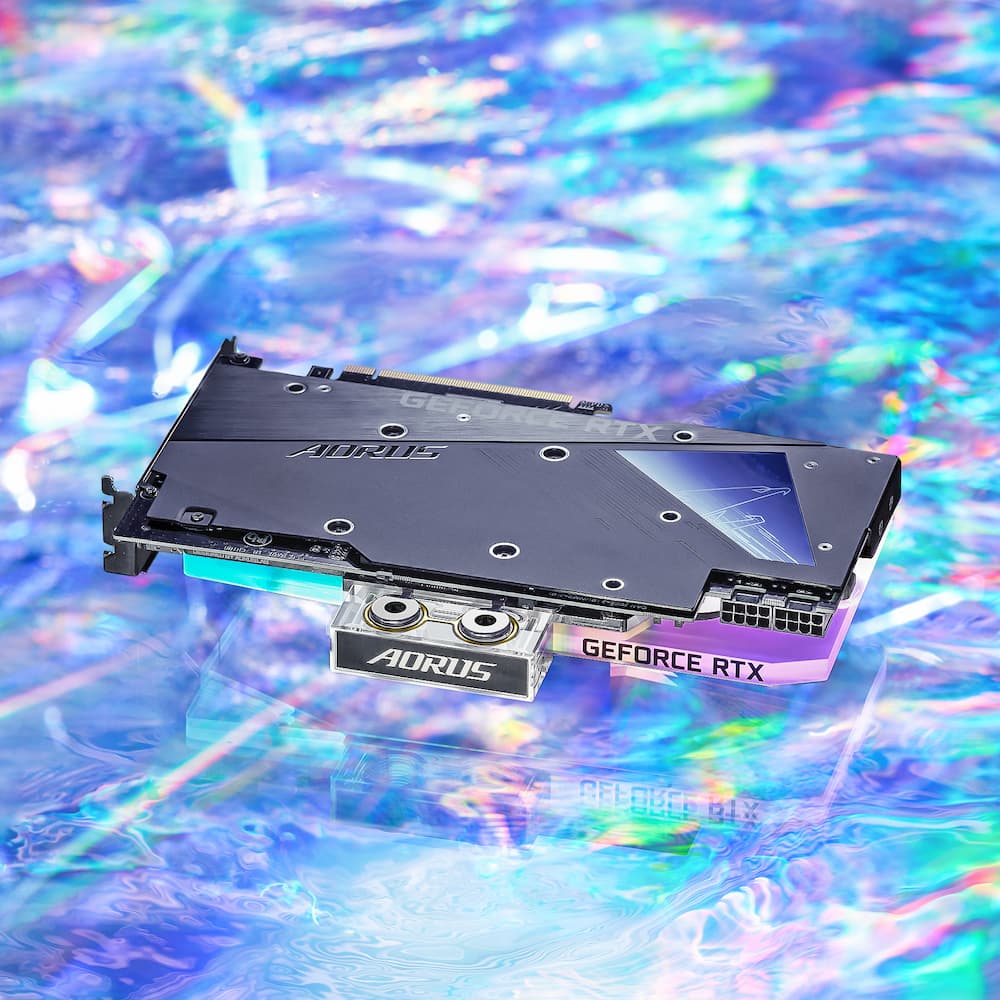 The thermal design and the cooling system are essentially the most critical part of graphics cards. Not only do they directly cap the performance, but reflect the crafting level of the manufacturer. This is why extreme enthusiasts tend to go for a water-cooled graphics card in their builds. And this is also why GIGABYTE presents youAORUS RTX 3080 XTREME WATERFORCE WB.

As a proud member in the product line, WATERFORCE WB has always represented the top-level crafting in the industry, and features the most cutting-edge technologies of each generation. Now that the latest RTX 30 series have arrived, it is time for WATERFORCE WB to join the lineup.

The first thing you can see on AORUS RTX 3080 XTREME WATERFORCE WB is the full-covered transparent block. Under the cover, it's a fine-crafted copper base plate featuring high-performance micro fins. Those micro fins are built to provide better heat dissipation by carving deep enough to shorten the distance between water channels and the GPU. The spacing within the block is also optimized for stable water flow and significant heat transfer.

You can see it. It's water transparent, if not crystal clear. 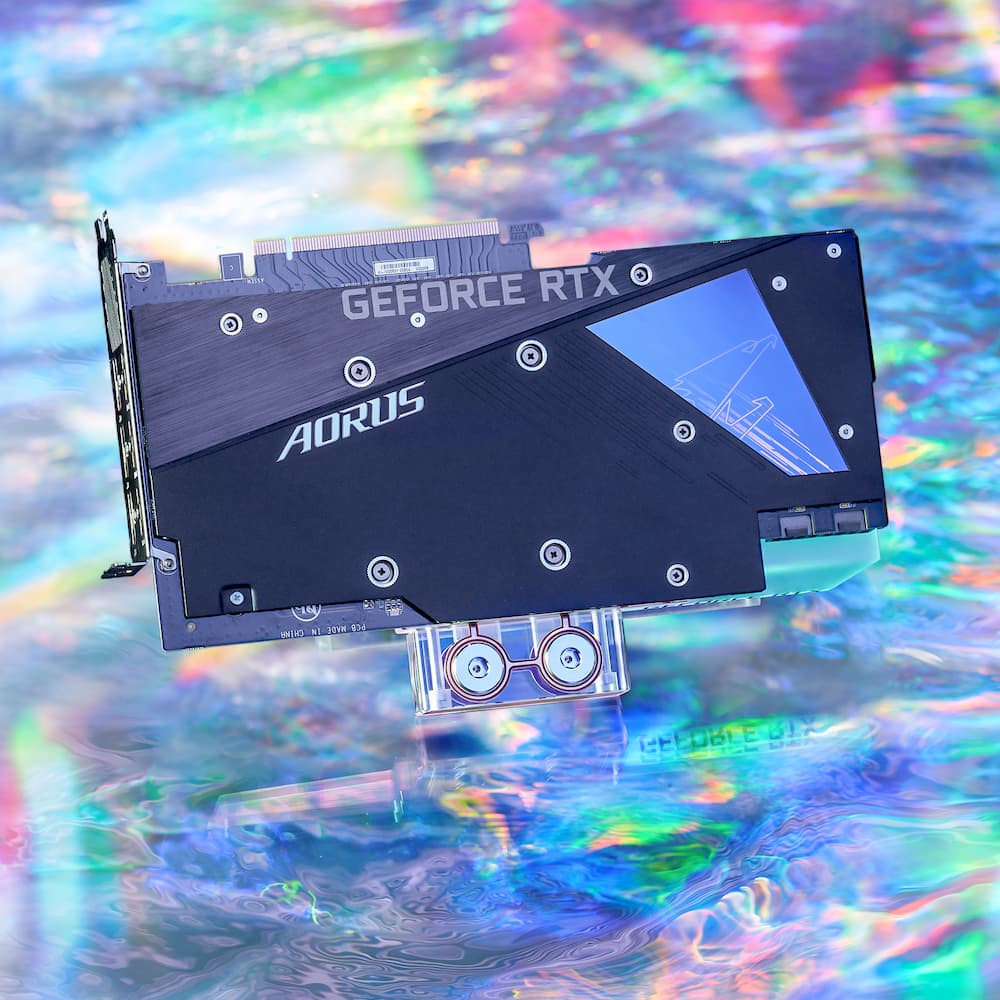 One of the reasons enthusiasts go for a water-cooled graphics card is the lower temperature and higher performance. AORUS RTX 3080 XTREME WATERFORCE WB also implements the top-tier power design as its fellow AORUS members.

The copper base plate also covers most of the critical parts on the graphics card, including the GPU, VRAMs, MOSFETs, etc. Besides cooling the GPU, WATERFORCE WB also covers the major core units and thus ensures the system stability when it comes to overclocking.

The RGB Fusion shines on WATERFORCE WB as well. There are customizable RGB lights on the front, the side, and the back, which looks splendid in either direction, vertically or horizontally.

What you see is liquid. What you get is pretty solid. 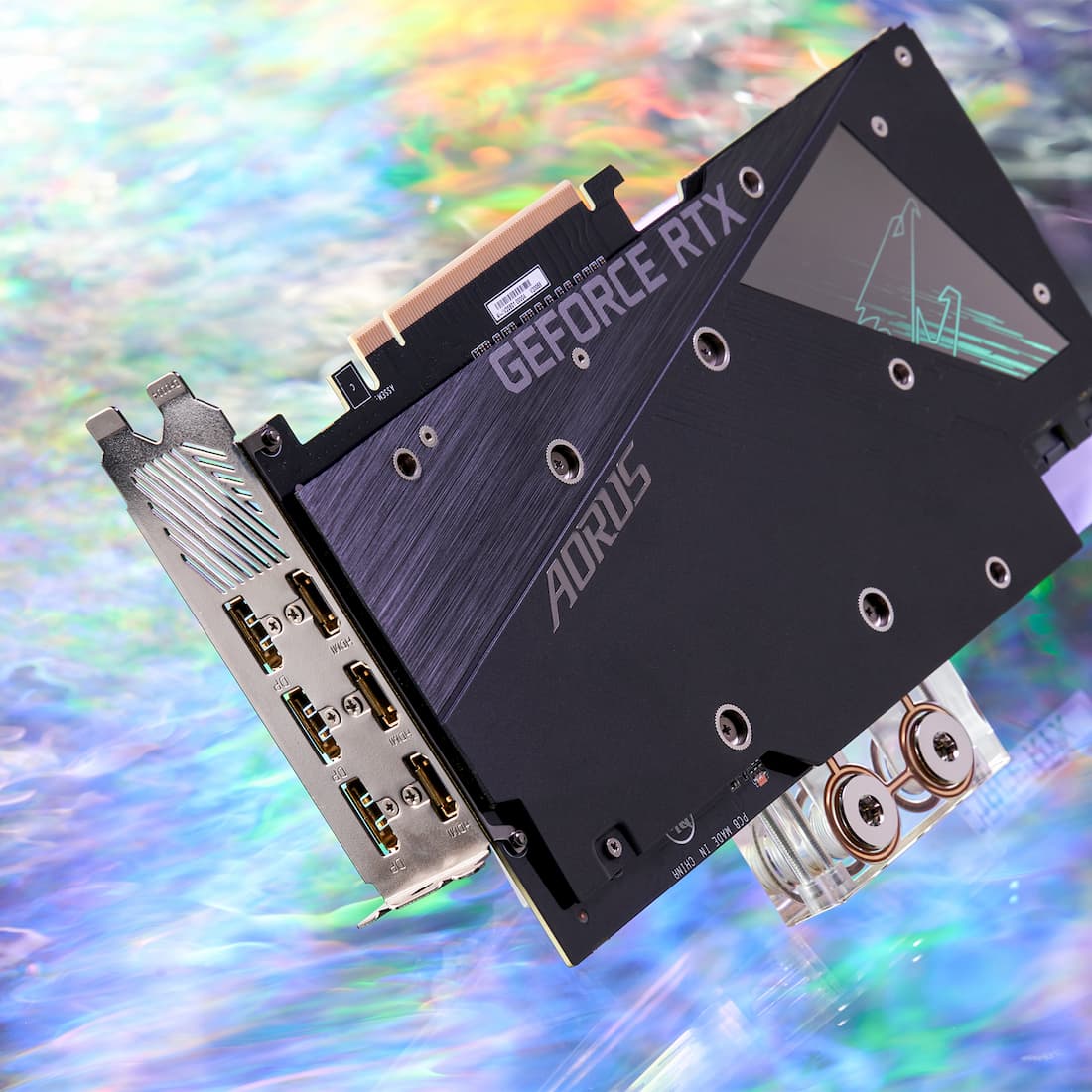 The one thing that keeps most PC DIY gamers from adapting a water-cooled graphics card into their builds is probably the leaking. Yes, it is very terrible that a single drop of liquid could destroy your whole system. Just the thought of that might get you goosebumps.

Well, it's been taken care of by AORUS RTX 3080 XTREME WATERFORCE WB. A special "Leak Detection" circuit is built in the water block, as part of it can be seen around the inlet or outlet. Once it detects any liquid leaks, it would promptly alert the users by flashing a warning red light, so you can shut the power down immediately. 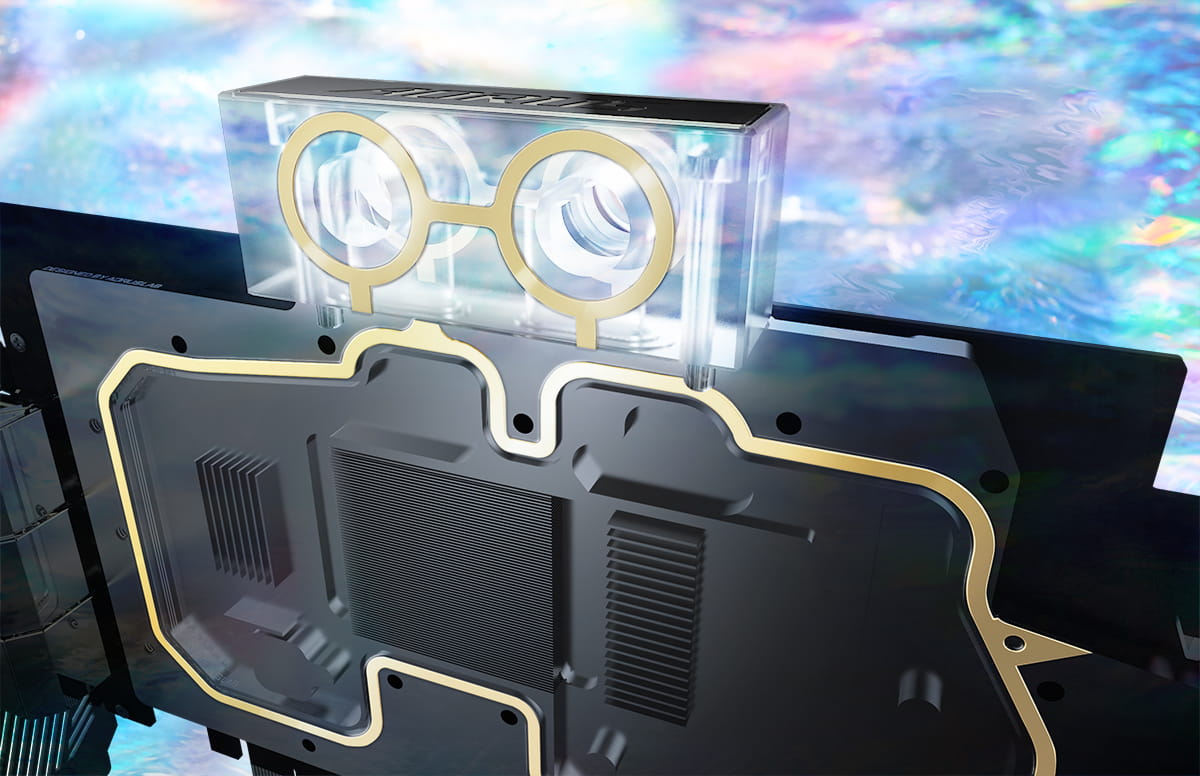 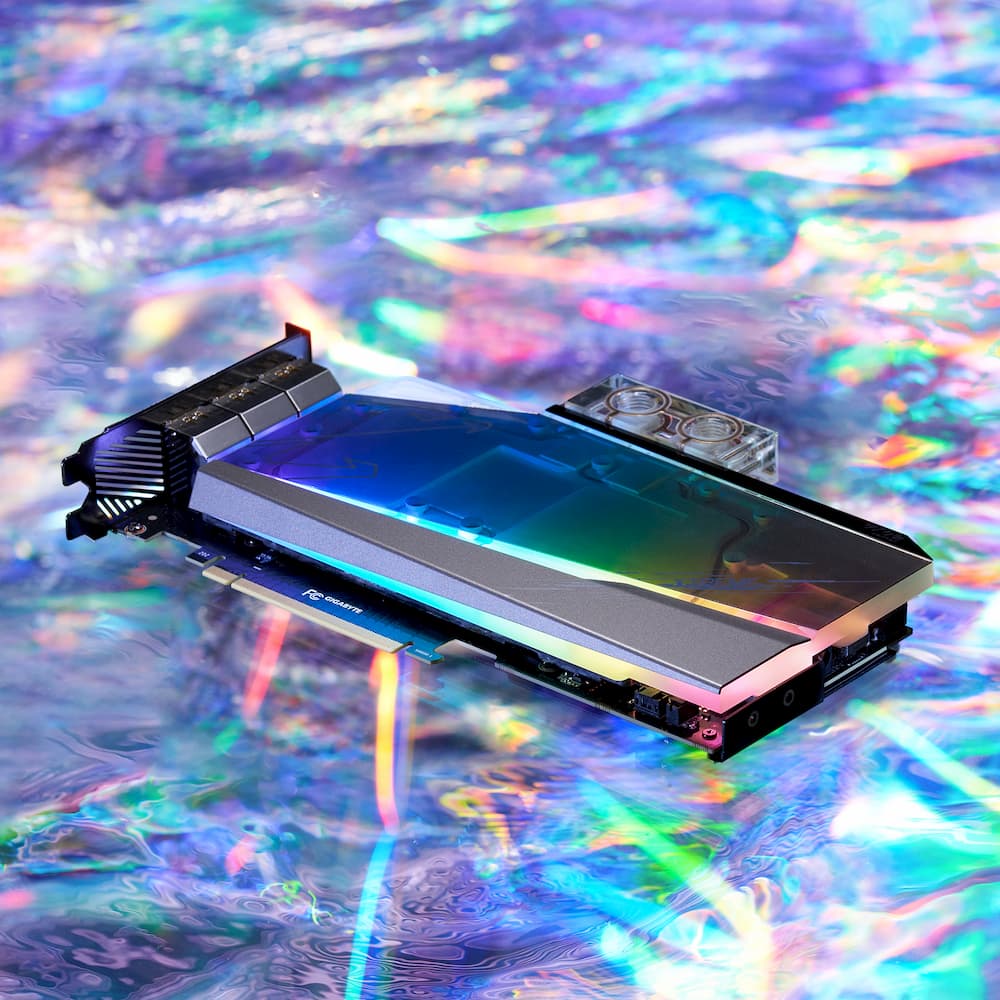 Now AORUS has assembled! Both air-cooled and water-cooled AORUS XTREME makes the lineup, and we also have VISION if you're looking for a creator-oriented graphics card.

How To Choose Your RTX 30 Series Graphic Card?

Why AORUS designed MAX-Covered Cooling for the RTX 30 Series?