It’s time to rise up and answer the Call of Duty, again. This time it’s going to bring you further and deeper, into the outer space and beyond! Yes, Infinite Warfare was heavily criticized for being too futuristic when its first trailer was revealed. It, as the first title by Infinity Ward since 2013’s Ghosts, did draw a lot of attention since released on November 4th. So let’s forget about the trailer, and follow AORUS into this thirteenth installment in the classic FPS warfare game series, to find the source of infinite graphics performance. 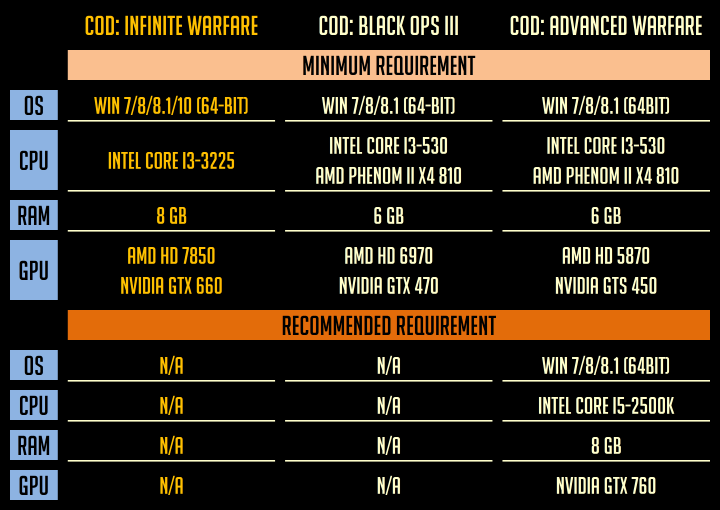 In the beginning, let’s check the requirements listed by the developer. We here line up the other two recent titles with Infinite Warfare to match the three-year development cycle for the series. Obviously, even the minimum requirement of GPU has been trending up just in three years. Considering all these titles were built by different iterations of the same engine, the requirements listed can be somewhat referable. 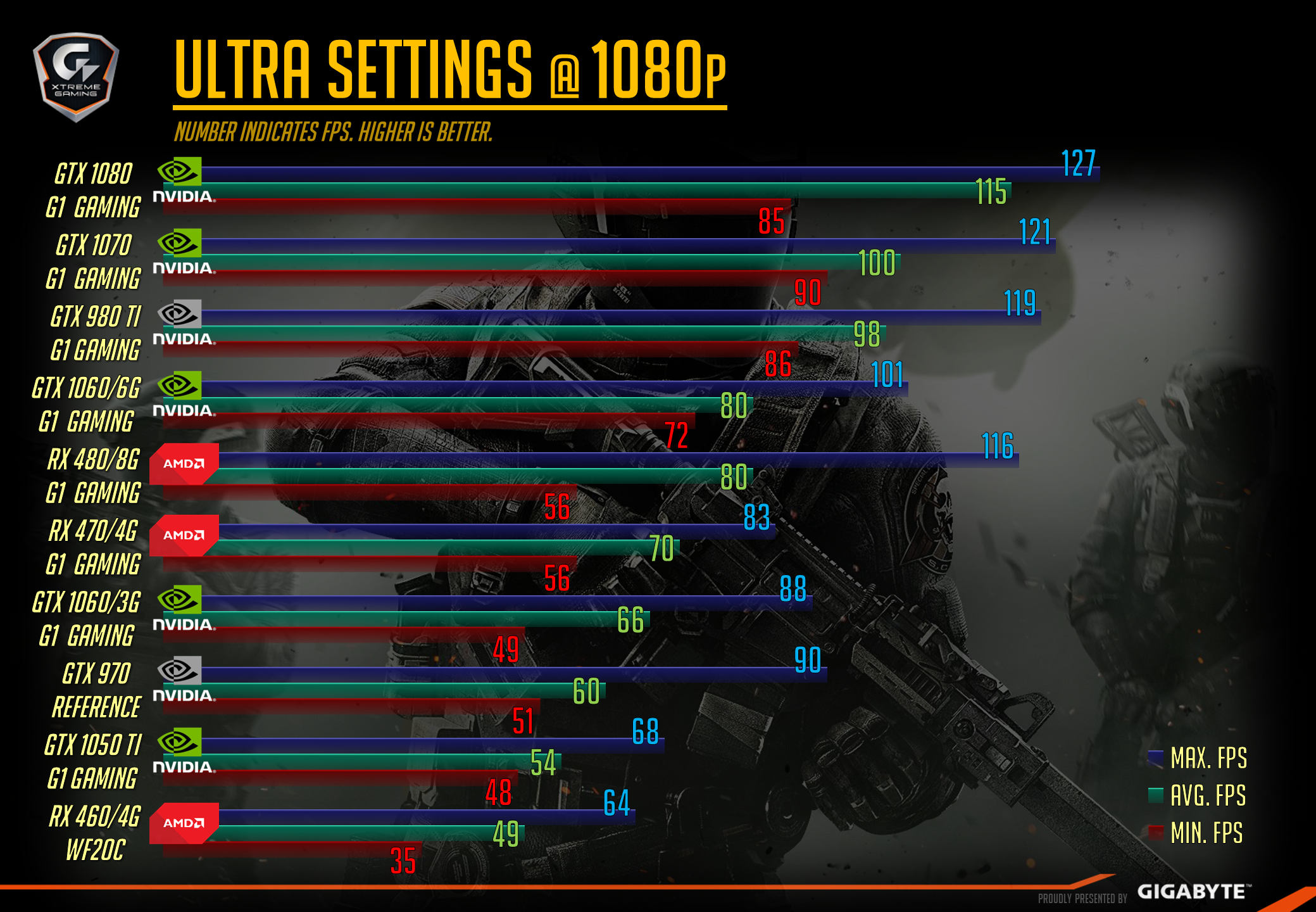 Firstly, we look into the performance at 1080p. In general, Infinite Warfare is quite well-optimized that even RX 460/4G can reach 49 FPS in average. Yet the minimal FPS is somehow uncoordinated. Therefore a GTX 1060/6G might be the ideal threshold for 1080p with the most stable performance. Notice that this test was run in single-player campaign, so a proper overflow can be useful in multiplayer modes. 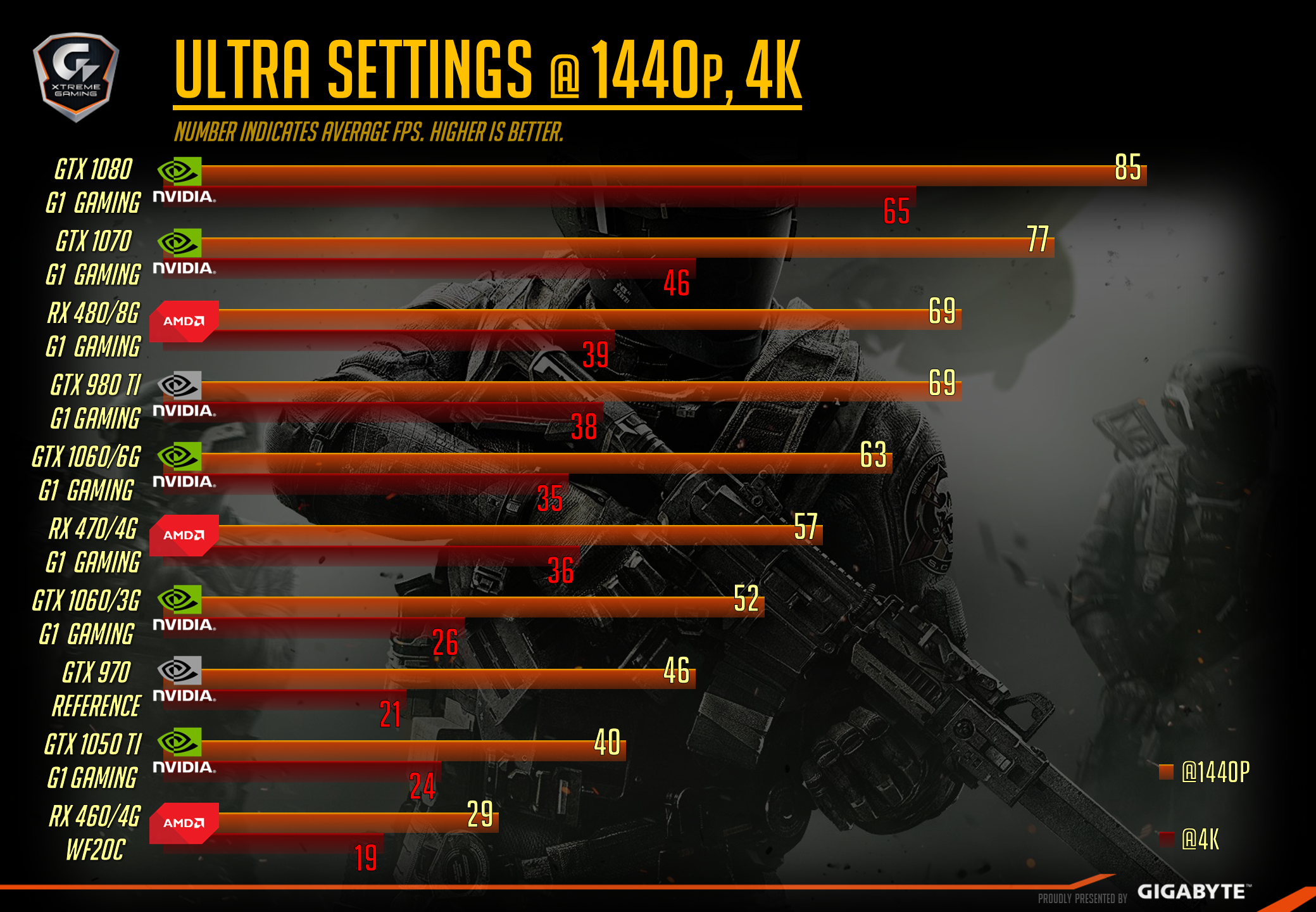 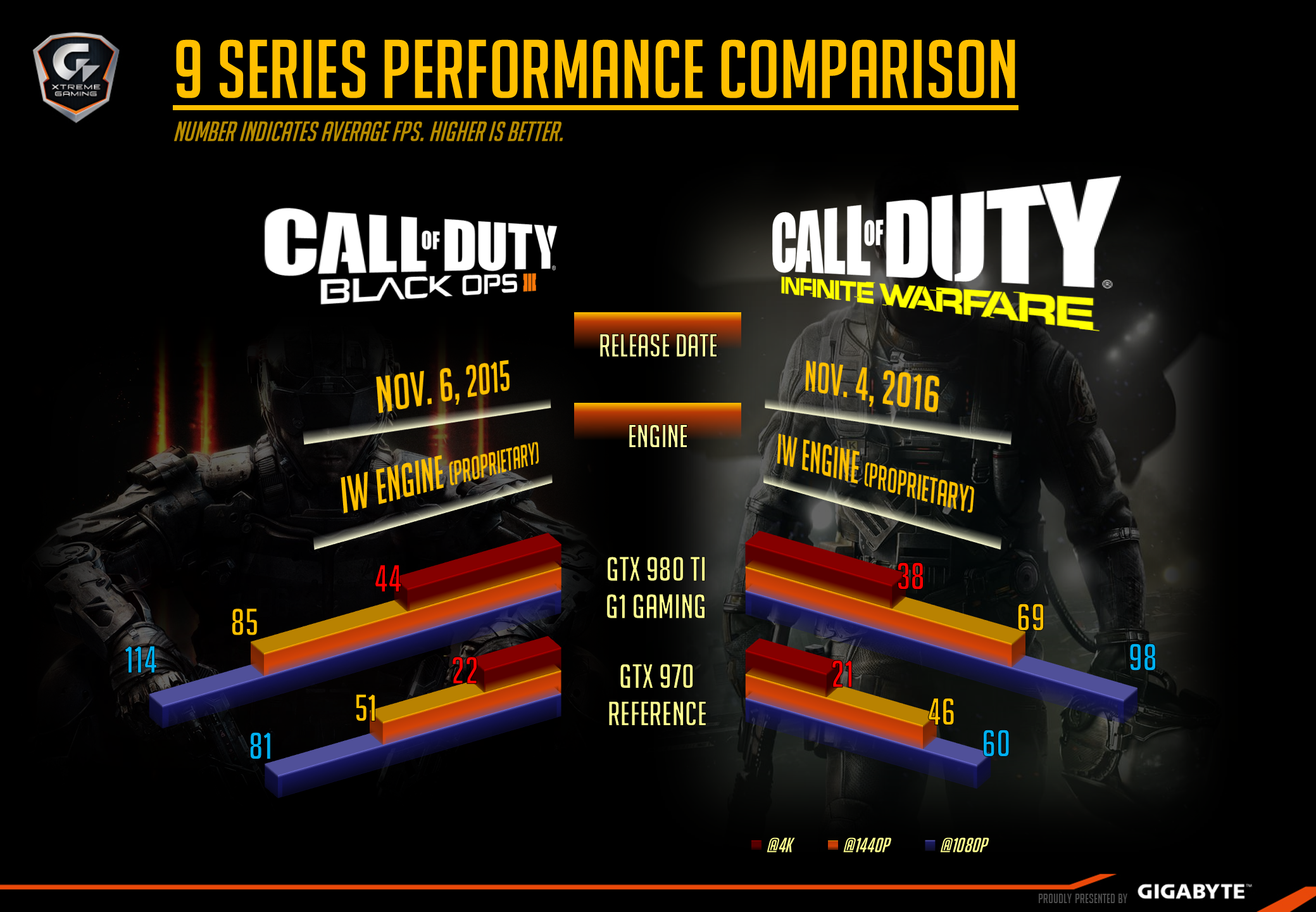 As usual, we compare Infinite Warfare with the last franchise title: Black Ops III. Although they were developed by two different studios, yet they are both powered by the same engine, the IW Engine. As the result shows, GTX 970, which reached 81 FPS in Black Ops III, can merely deliver 60 FPS now in Infinite Warfare. With the iteration of the engine moving on, you will definitely need a latest GTX 10 series for the best experience. 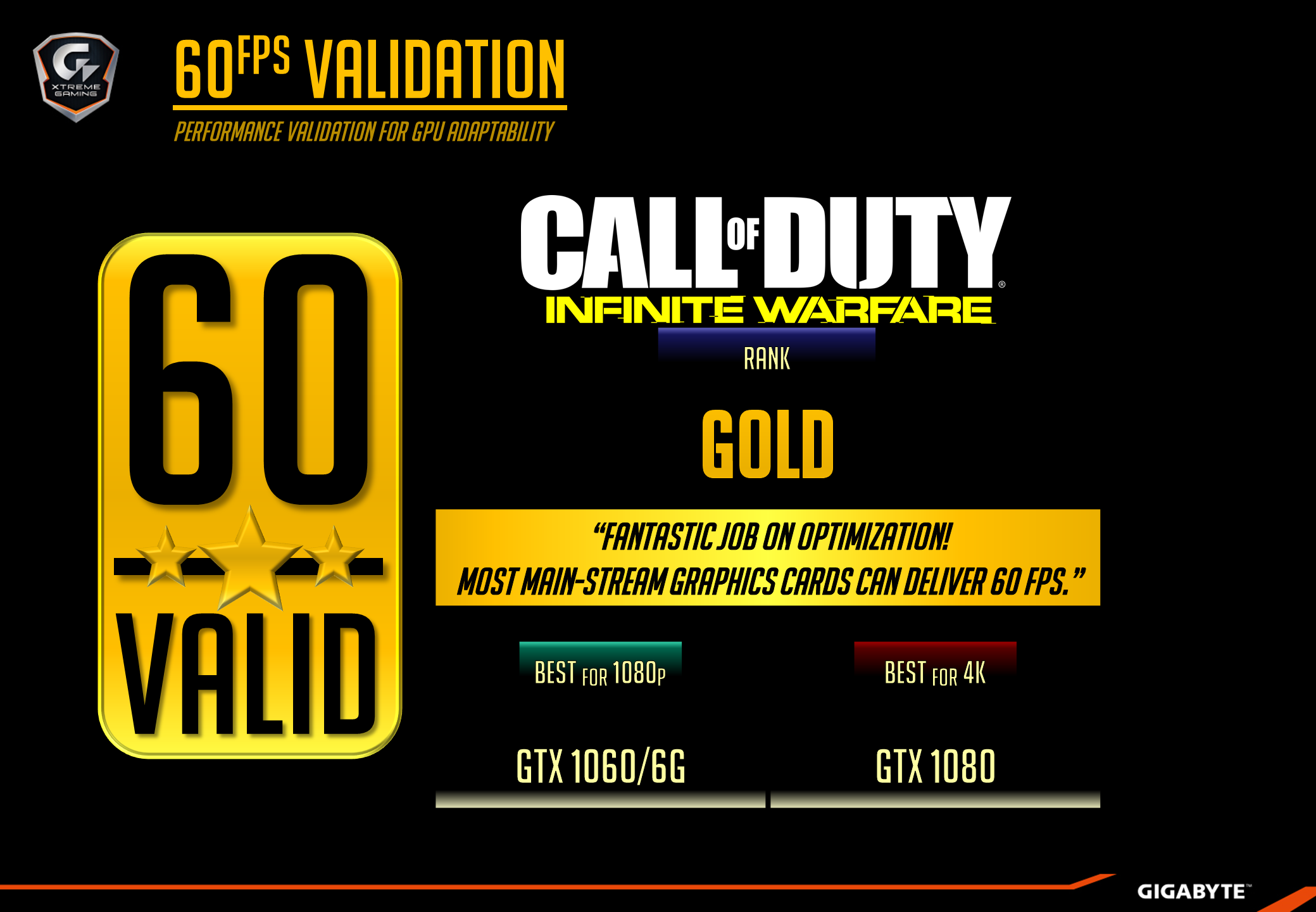